Keep Calm and Sell On: How Those Insanely Specific Custom T-shirts You See on Facebook Get Made

Chances are, you've been on Facebook or another social media platform and seen a strangely specific, targeted advertisement for a T-shirt or some similar custom-printed promotional product that bears a phrase like "Dads who are born in July and love eating ketchup rule!" If you haven't, well, count yourself lucky, but if you're familiar with these bizarre items, then you might be interested to know how they work.

The Hustle has you covered. The site ran a story on that very subject, and as it turns out, the ads are generated by algorithms that scour online dictionaries using simple commands in order to generate specific phrases. They are then linked with targeted ad services on sites like Facebook to show up for users who have similar interests to those displayed on the product. For instance, if you are a huge fan of a certain band and happen to be born in January, you might see a shirt like "Don't mess with a Metallica fan born in January!" Somehow, people actually buy these things. 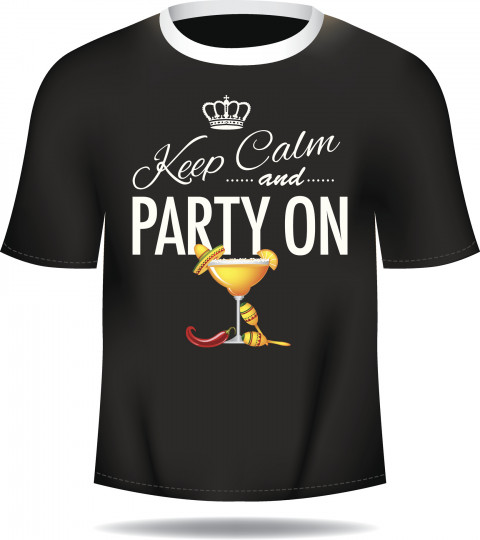 Solid Gold Bomb, a company that used such an algorithm to create an online catalog of T-shirt designs for on-demand printing, started experimenting with the business model in 2011. According to The Hustle, Michael Fowler, Solid Gold Bomb's owner, used a simple computer code in the beginning in order to come up with the designs. It performed the following tasks:

Believe it or not, Solid Gold Bomb successfully used several variations of this formula, eventually selling 800 shirts a day and compiling a catalog of 22 million T-shirt designs. For a few years, business was booming, at least until users began to report such errant designs as "Keep Calm and Rape A Lot" for sale online. The controversy that followed this computer-generated error quickly put Solid Gold Bomb out of business, and prompted a number of cautionary reactions from within the promotional products industry regarding quality control and the need for responsible business practices for emerging companies.

This was not, however, the end of such algorithm-based ventures. A similar website called SunFrog continues to utilize computer/user-generated formulas to create T-shirt designs. In addition, an Amazon retailer came under fire last year for selling phone cases printed with designs obtained via the trawling of stock images, a process that generated a number of disgusting, even NSFW designs.

The moral of the story (if there is one) is that the rise of big data and the availability of numerous algorithms that possess the ability to generate custom designs cannot easily replace hands-on customer service and creative design, services the best promotional products distributors are able to offer. While companies like Vistaprint and Amazon will continue to threaten the industry from the outside, it's safe to say that no amount of custom designing and on-demand printing can replace the personal touch of dedicated distributors who not only take the time to learn about their end-buyers, but to provide them with quality products as well.