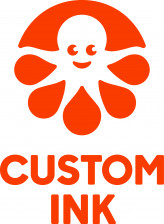 CustomInk's presence in the promotional merchandise world is growing by the day it seems. A few years ago, it acquired Represent, an online merchandise startup that works with social media influencers to run promotional campaigns on the site. One of its clients was former MMA fighter Ronda Rousey, who raised $2.3 million in T-shirt sales for Didi Hirsch Mental Health Services.

That move was designed for CustomInk to bring more big-name clients into the fold and expand its presence across multiple channels in the merchandise game.

It's newest acquisition, though, boasts even bigger names—and possibly the single biggest name in all of entertainment. That's right—Sidestep. What's that? Sidestep isn't that big of a name? Well, how about Beyoncé? You know that name, right?

Sidestep is a website and app that is designed to sell concert merchandise through Represent. And Beyoncé, in addition to investing in the company in 2016, uses the platform to sell merchandise along with artists like Guns N' Roses, Panic! At the Disco, Fall Out Boy and Adele.

Sidestep works by letting concertgoers buy stuff like T-shirts before they even get to the venue, so they can avoid the anarchy of the merch table after the show is over. (Seriously, it's anarchy. Those tip jars for the merch table workers are there for a reason.)

Since its inception, Sidestep has been used at concerts all over North America, Europe and Australia.

According to the Washington Business Journal, Sidestep founder and CEO Eric Jones will take the reins at Represent as head of music and control operations for musicians and music-related events.

Basically, CustomInk now has its own stable of artists for which it creates and sells merchandise. It's not unlike how Sony Music bought its own merchandise company to handle its artists' promotional needs. But, this is a little different because that's at least a music-adjacent company, whereas CustomInk is purely a branded merchandise company with its hands in multiple markets.