Meet Defunkd—the Website Selling Real Vintage T-shirts (for Up to $13,000) 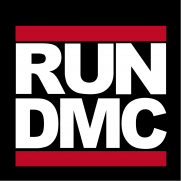 Nowadays, buying a T-shirt at a concert or festival can be tough to rationalize. With prices ranging from $30 to $50 (or more) per item, it sure seems like a lot of money to spend on top of the cost of a ticket and any food or drinks purchased at the venue. Whether you call this frugal or thrifty, there may be a way to convince yourself to splurge on that cool shirt next time you go to see your favorite band perform live.

Don’t believe us? Then check out this vintage Run DMC T-shirt from Adidas, now on sale for a cool $13,000. Still a skeptic? Take a gander at this rare vintage Led Zeppelin T-shirt that sold for $10,000. If you remain unconvinced, then so be it. For those who are interested, allow us to dive into the business behind these exorbitant T-shirt sales.

Defunkd is sort of like eBay for vintage T-shirts. Actually, the company got its start on eBay in the early 2000s, and has grown exponentially in the years since. A brief scroll through its online marketplace is a who’s-who of popular acts and names from the 70s, 80s and 90s.

Defunkd sells all sorts of T-shirts at prices ranging from several dollars to several thousand dollars, with the cheaper shirts mostly comprising low-level brand and event T-shirts that look like common thrift store finds. On the higher end, T-shirts sell with names like Metallica, Sonic Youth, Faces and Grateful Dead emblazoned across their worn fabric. There’s even a glow-in-the-dark Star Wars Return of the Jedi T-shirt on sale for $5,000.

We had a few questions about the vintage T-shirt business, and how Defunkd got involved with it, so we got in touch with its founder, James Applegath, to clear things up.

“When we started in 2004 Defunkd was mostly an account on eBay,” he explained. “After selling thousands of true vintage T-shirts we developed an excellent reputation. Eventually I began blogging from Defunkd.com. Then a short while later I added a forum. The two combined to be an excellent resource for collectors. The site was attracting thousands of visitors daily so we felt the next step was to create a marketplace platform.”

As a forum and blog, Defunkd positioned itself as the go-to spot for vintage T-shirt collectors on the Internet. But how did Applegath get involved in the first place?

“It was one part personal interest, as I'm super nostalgic, and one part opportunity,” he said. “In 2004 vintage T-shirts were extremely popular and there wasn't a massive amount of sellers as there is today. I also reside in a major city that has a huge secondhand clothing inventory. Given I had been selling various items on eBay since 1999, so I already had that knowledge, it just clicked.”

And so, with a mixture of personal enthusiasm and opportunistic intuition, Applegath turned his hobby into a business that has now grown into a multifaceted web-presence capable of connecting folks in the vintage T-shirt community from around the world.

In selling T-shirts to collectors, however, there’s always the question of authenticity. With so much money involved, and with some shirts reaching astronomical values, it’s important that Defunkd ensures that all of its T-shirts are the real deal. We asked Applegath about the process behind determining authenticity, and he was kind enough to answer in detail. As it turns out, it’s often about the labels, so to all you folks out there who tear them out, you’ve been warned. It could cost you a lot of cash one day.

“To set prices I usually get a general idea by looking through recently completed sales across a few systems, eBay, Etsy or our own platform,” he elaborated. “But that can get tricky when you come across something extremely rare. We authored a guide on this.

“As for authenticity, that comes with experience,” he continued. “Much of it is the label inside the T-shirts, the majority of which are now defunct. Our website contains several guides to brands/tags and what era they were manufactured in. Of course, many tees wont have tags, in which case it comes down to the look and feel of the fabric, [and to a] study of the print to make sure it matches known true vintage pieces.”

Applegath also went into detail about Defunkd’s role in the buying and selling process, explaining its position as a moderator for the community-at-large.

“Our community is made up of both buyers and sellers,” he said. “Some of the buyers are purchasing for fashion, some are pure collectors. The sellers range from ones with small inventories to [those with] very large inventories. Our role is to oversee the platform and make sure it's functioning. We also moderate the forum. But much of the information comes from the community, so they deserve a ton of credit.”

The value of these shirts isn’t too surprising, considering the fact that vintage styles have been on the rise in fashion for years. If people are willing to pay decent sums of money for mere replicas, then they will definitely shell out hundreds or even thousands of dollars to get their hands on original T-shirts. These ones can be pretty rare, according to Applegath, who said that the site mostly sells T-shirts “in the $50-150 range.” Still, not bad for an old concert tee.

There’s also a lesson here for the promo industry regarding surplus products and apparel. While some things may seem useless, especially when they sit around in storage after being leftover from a promotion, there’s always a chance that they could be worth something some day. Before consigning these products to the great landfill in the sky, it could be beneficial to check and see if there’s an established collector community out there.

When asked if Defunkd’s business model could be replicated for other vintage promotional products and collectibles, Applegath responded enthusiastically.

“I would say absolutely,” he exclaimed. “[T]his is a great model [for] niche markets where you have carved out a reputable, trustworthy brand. But that takes time, so I wouldn't advise just opening a marketplace—I would build the content, community and traffic first.”

While it’s unlikely that any of your vintage T-shirts will be as rare as any of these, it’s possible that you could own a few shirts that are worth more to you on Defunkd than as memories just laying around in a closet or drawer. In any case, this may be an opportunity for you to convince yourself that buying a cool concert T-shirt, despite the price, may actually be worth it. It may even turn out to be an investment one day. Whoever said going to shows was a waste of time and money, well, here’s looking at you.

2021 State of the Industry Report: The Economic, Legislative and Market Factors Shaping Print and Promo a Year Into the Pandemic
PopSockets Introduces Plant-Based PopGrip, Special Line to Benefit AAPI Youth

Sponsor Content American Made for 75 Years: How Bandanna Promotions by Caro-Line Became the Nation’s Only Operation With Four Imprint Methods
Comments
The Top Lists