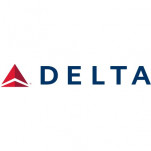 Most of us know the pains of lost luggage. After a long day of flying, there's nothing worse than leaving the baggage carousel empty-handed. But, according to NBC News, Delta Airlines might be one step closer to solving this problem.

The major airline is integrating Radio Frequency Identification (RFID) into some luggage tags in order to identify and track luggage. While this is not new technology, it is the first time a major airline has overhauled its barcode bag tracking system to include it.

In April, Delta announced it would invest $50 million to integrate RFID printers and sensors at 344 airports. The airline also is planning to rollout a tracking app for customers to use.

While this is only the beginning of RFID technology use by airlines, promotional suppliers and distributors should consider reaching out to airline companies to pitch branded RFID tags. And hopefully, these tags can finally end the dreaded lost luggage problem.