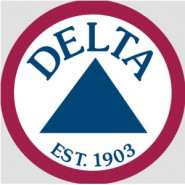 Delta Apparel reported on Monday declines in net sales, gross profit and net income for the company's fiscal second quarter. According to a press release, net sales for the second quarter were $100 million, up $1.9 million from the prior year's net sales of $104.1 million (after excluding the $6 million in sales that the company's Junkfood Clothing business brought in the previous year.)

The company's net income for the second quarter increased from $0.47 per diluted share to $0.48, after excluding the $0.11 per share gained from the sale of Junkfood Clothing.

A discrete provisional tax expense of $10.6 million in connection with the recent U.S. tax reform legislation drove a net loss for the fiscal year 2018 first half of $6.3 million, or $0.87 per diluted share. If you take the tax expense out, however, first half earnings were $4.2 million, a 12 percent increase over prior year net income, and a 36 percent increase over the prior year excluding the prior year gain on the sale of Junkfood Clothing.

In terms of segments, activewear sales increased 2 percent for the quarter, but there was a decline in private label sales.

Delta Apparel is predicting it will see a lot of growth in its digital print and fulfillment business, thanks to its acquisition of DTG2Go. The DTG2G0 business achieved sales growth of nearly 60 percent over the prior year period, with 20 percent organic growth.

The branded segment reported a decrease from $33.3 million to $26.3 million in the second quarter. Its Salt Life brand increased 7 percent for the quarter, with sales growth in most channels. Soffe sales declined from $12.9 million to $12.4 million.

"Our fiscal 2018 second quarter was both productive and profitable, with year-over-year organic sales and earnings growth in market conditions that remained challenging," said Robert W. Humphreys, chairman and CEO of Delta Apparel, in a press release. "The combination of our Art Gun business with the recently-acquired digital print business is a game-changer from our perspective. The combined business, which we now market under the DTG2Go trade name, gives us the most comprehensive on-demand solution in the high-growth digital print space."

"DTG2Go’s multi-location footprint offers customers quick-turn shipments to any part of the United States as well as market-leading international shipping competency," he continued.

“Despite an uneven retail environment and cost pressures in a number of areas, our overall first-half performance was solid and our team is focused on strategies that should meaningfully impact both the top and bottom lines," he added. "We expect to see incremental benefits from our new products and category extensions, broadening customer base, and investments in the digital print and fulfillment model. Our manufacturing platform continues to operate efficiently and we are excited about our opportunities to increase volumes and further capitalize on our additional capacity and functionality.

"All things considered, we believe that Delta Apparel is well-positioned for more organic growth and a strong finish to fiscal year 2018.”