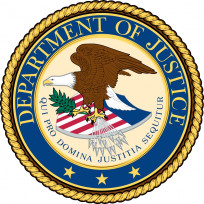 A federal grand jury in Texas has indicted Taiwanese company G Nova Corp and its CEO over price fixing schemes relating to promotional products. A second company, NetBrands Media Corp. and two of its executives, have already agreed to plead guilty to similar, but unrelated, charges, per Reuters.

According to a Department of Justice statement from Jan. 31, the indictment against G Nova Corporation and its CEO, Yeh Fei "Jim" Chu, is for conspiring to fixing prices for can insulators in the U.S. The two NetBrands executives, Mashnoon Ahmed and Mueen Akhter, were hit with criminal charges for their roles in fixing prices of wristbands, lanyards, temporary tattoos and buttons sold in the U.S. NetBrands has agreed to plead guilty this week and pay a fine of more than $6 million.

Since January of 2016 the BBB Houston began receiving several complaints that are exhibiting the following pattern.

According to consumer’s disputes, it has been alleged that NetBrands is not providing the products consumers are paying for. The complaints reviewed state the consumers have reached out to NetBrands with their concerns. Some of the concerns mentioned are merchandise the consumers are receiving is not the merchandise ordered, promotional codes are offered but upon attempting to use them; the website will not allow the purchaser to enter the code. Additional complaints allege the company has an offer to buy 100 bands and get 100 bands free, however, this offer is not being honored. Also, complains have been received state merchandise is not received in a timely manner. Multiple complaints have allege paying for rush orders but are not receiving merchandise within the promised “rush” timeline provided by the business. Other complaints reviewed allege receiving damaged merchandise.

In addition to the above allegations, consumers are also stating when reaching out to NetBrands they are only met with un-assisting, argumentative, rude and unprofessional customer service representatives. It is stated the representatives are hanging up on consumers, lack assistance and deny request to speak with management. When consumers are able to speak with management, they are met with rude and un-assisting behavior. Lastly, complainants allege they are told to email the company; when consumers email the company they receive a response someone will reach out to them in 24 hours. No call backs or emails are received within the allotted time frame or after; the consumer has to reach out to the company again in an attempt to resolve the matter.

“The results announced today are the latest in a series of charges against 11 defendants filed in the Division’s ongoing investigation into conspiracies that corrupted the online marketplace and deprived consumers of the benefits of competition,” said Assistant Attorney General Makan Delrahim of the DOJ's Anti-trust Division. “Whether the conspiracy takes place in smoke-filled rooms that are real or virtual, the Department of Justice and its law enforcement partners are committed to uncovering and prosecuting collusion.”

“We will continue to prosecute those who seek to harm consumers by conspiring to fix prices,” said U.S. Attorney Ryan K. Patrick. “It doesn’t matter if the products are 50 cent Koozies or million-dollar pieces of oil field equipment, the U.S. Attorney’s Office is committed to protecting competition in the marketplace and protecting consumers from people who cheat the system.”

The DOJ contends that G Nova and Chu had been participating in price fixing schemes since May 2012 through February 2014. The case against Ahmed and Akhter, filed in December, assert that the two and their co-conspirators fixed prices of promotional products sold online from May 2014 to at least June 2016. They allegedly used social media platforms and encrypted messaging apps, like Facebook, Skype and Whatsapp, to discuss the deals.

The use of the word "koozie" in the DOJ statement is interesting, since "koozie" is a registered BIC Graphic trademark. This is likely a case of the DOJ adopting common vernacular and being ignorant to BIC's ownership of the trademark, as BIC is not involved or connected, and the products in question were not KOOZIE brand.

"As many in our industry know, BIC Graphic is the owner of the KOOZIE trademark, which has been used extensively and for many years in connection with our well-known insulated beverage containers, cooler bags and related products," Francine Dupuis, vice president of legal for BIC Graphic North America, told Promo Marketing. "Given the brand's popularity, it comes as no surprise that we come across issues like this on a regular basis. We take matters involving improper use of our trademark very seriously and plan to reach out to the DOJ to remedy this issue. Please note, we have no affiliation with those persons identified in the manufacturer and company based in Houston, TX."