Department of Labor Eliminates Printing, Screen Printing Jobs From Statistics Database (and What That Means) 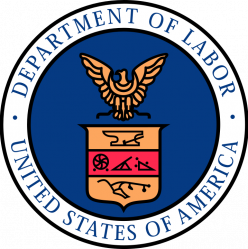 The Department of Labor's Bureau of Labor Statistics announced this month that "printer," "screen printer" and "support activities for printing" are no longer official jobs as far as far as its concerned. Each year, the DOL lists industries and jobs that become too small or concentrated to be tracked in its Current Employment Statistics database.

According to the Washington Post, the Department of Labor doesn't allow any industry in the database to become small to the point where it couldn't be used to identify a specific company.

The broad sector that includes printing has shed about a third of its jobs since the start of the Great Recession—more than every sector but clothing manufacturing, which also no longer has enough U.S. jobs to merit many lines in the database. (Commercial printing doesn’t include print newspapers, which have their own set of problems.)

Printing workers are squeezed by falling demand—Americans don’t mail as many cards or hand out as many brochures as they once did. At the same time, supply has soared as advances in commercial printing technology allow companies to churn out more goods with fewer workers.

Last year, promo-adjacent jobs like "fiber, yarn and thread mills," and "leather and allied products" got the axe. In 2015 it was "men and boys' clothing manufacturing."

Michael Makin, president and CEO of Printing Industries of America, responded to the DOL report in Printing Impressions.

Like what you're reading? Subscribe to our monthly magazine and daily Promo Marketing Headlines newsletter here. It's free! Free is good.

"Printing Industries of America is disappointed—but not surprised—to learn of the Bureau of Labor Statistics' announcement that the agency would no longer track jobs related to commercial print, screen printing and support activities for printing," Makin said. "The disappointment is shared by the approximately 800,000 workers in the printing, packaging and publishing industry who go to work every morning knowing that their jobs are relevant to the nation's manufacturing economy."

Makin added that last year, PIA's Center for Print Economics and Management's "State of the Industry Report" forecasted a favorable 2019 for print revenue, with the potential for 1 to 2 percent total print revenue growth and profits holding at "historic growth levels."

"The lack of surprise relates to the fact that Printing Industries of America has urged the Bureau of Labor Statistics multiple times over a number of years to revise its outdated definition of the printing industry," Makin said. "Print has and will continue to evolve as a media, and printers will continue to transition with a diverse mix of processes, products and ancillary services. With such divergence, which has occurred at a rapid pace since the Great Recession of 2008, 'old' jobs give way to new human resources needs in the industry. Unfortunately, the BLS has demonstrated it is less than interested in keeping up with the times and in collaborating with PIA on modern industry definitions that would more accurately reflect that print is alive and thriving as a key manufacturing sector. Simply put, it is the BLS data as collected that is irrelevant, not printing and graphics communications jobs."

RRD Agrees to $2.1B Offer from Atlas Holdings
Comments
The Top Lists