"Sesame Street" is such an American institution at this point that just about every generation has some sort of connection to its characters. Because of that, anything related to the Street has a large base of potential customers.

So, design startup Spooler's new line of "Sesame Street" athleticwear perfectly pinpoints a convergence of nostalgia branding and the ever-popular athletic wear trend. The company said in a press release says it is "appealing to the affinity of health-conscience consumers, fashion-forward millennials, and Gen-Z."

"We are thrilled to introduce a new line of Sesame Street activewear that will resonate with youth culture across the globe," Spooler founder Benjamen Janey said in the release.

Sesame Workshop senior director of licensing Kerri Estreich added that the company is excited to work with a company creating products that appeal "to the socially-conscious millennial who grew up on 'Sesame Street.'" 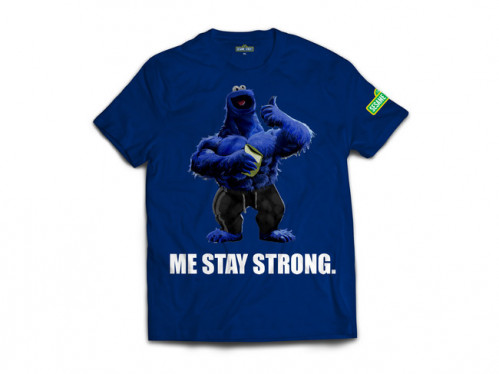 But, like we said before, "Sesame Street's" appeal reaches far beyond those born in the late '80s or early '90s. By giving these buyers two things they love, though—youthful nostalgia, and clothes they can work out in or wear to their office with a relaxed dress code—Spool might've struck gold.

Here's an idea for free: Create "Sesame Street" exclusive merchandise in a supply-drop method like Supreme. Call it Sesame Streetwear. You're welcome.