The whistles were blown when Eric Ming, an employee on Donna Edwards' Senate campaign, noticed the photoshopping major faux pas on Thursday.

He sent the following tweet, and reporters were off to the races:

The photoshopped model appears in Trump's campaign apparel store, while the original seems to come from the JCG Apparel website.

Buzzfeed was quick to juxtapose the two models to point out the similarities: 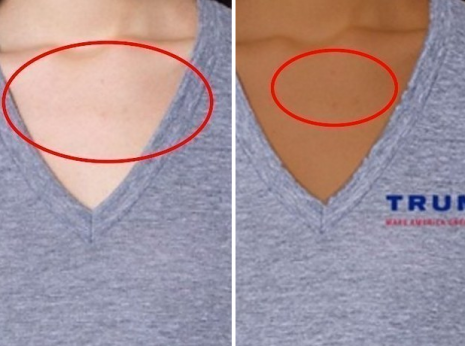 Later in the day on Thursday, the photo was changed to feature the single, white model.