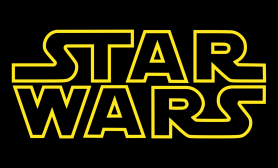 Since Disney purchased Lucasfilm in 2012, the "Star Wars" franchise has undergone a massive revitalization, with three feature length films already released and two more on the way. While the franchise has been a cultural powerhouse for the past 40 years, there is reason to believe that people are more excited about Star Wars than ever. These newest installments have succeeded in attracting new generations of fans while also appealing to those who fell in love with the original films in the ‘70s and ‘80s. This success stems from a dependence on tried and true merchandising formulas as well as a willingness to innovate.

With Disney at the helm, "Star Wars" is now getting the media conglomerate’s signature treatment for its most successful offerings: its own theme park.

Make that two theme parks, actually. In 2019, Star Wars: Galaxy’s Edge will be opening at both of Disney’s US locations, Disney World and Disneyland. The theme parks will offer an interactive, immersive "Star Wars" experience on the planet of Batuu. The parks promise innovative offerings to fans looking to create embark on their own "Star Wars" adventures, and Disney is doing everything in its power to make sure that the immersive magic isn’t lost along the way. 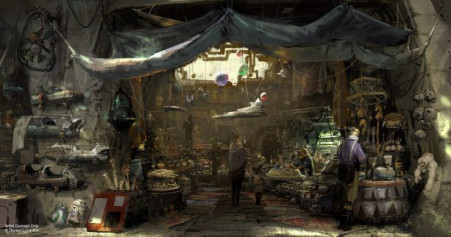 In an interesting move, Disney has decided to forego the sale of "Star Wars"-branded merchandise in these new parks. However, this doesn’t mean that the park will be merchandise-free. Instead of branded merchandise, fans will be able to purchase mock-authentic items from actors portraying aliens and craftsmen.

For example, according to Walt Disney Imagineering executive creative producer Chris Beatty, a toy-making alien of the Toydarian race will run one stall in the park. Fans will be able to purchase authentic-seeming toys from this alien.

Even though Star Wars fans are well known for their enthusiasm regarding branded merchandise, Disney hopes that fans will buy in to this sort of merchandise that will allow the park to maintain its immersive look and feel. After all, it would be mighty strange to see aliens hawking t-shirts—or at the very least, not the fantasy world we’d like to imagine ourselves living in.

While it’s impossible to tell whether this move by Disney will be a successful merchandising move, it is interesting to speculate on what it could mean for the wider world of promotional marketing. We’re already seeing a boost in consumer demand for non-branded or no-name merchandise, and it’s likely that Disney’s decision has been made with this in mind. This also suggests that there may be business to be had by creative marketers who are willing to step out of the normal bounds of promotional merchandising. Rather than selling items with a brand name on them, marketers can instead push items that are connected to a brand in a more creative sense. 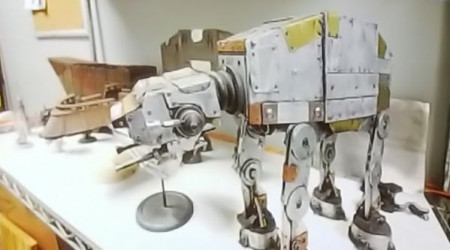 For instance, at the new parks, fans will be able to purchase a toy AT-AT Walker from the "Star Wars" series. Instead of being a mere model from the movies, however, this toy is designed to look like it’s been handmade, complete with riveting and mismatched patchwork materials. This type of product not only has the potential to provide a more realistic, immersive fan experience, but also the potential to stand out as a more unique and desirable item in comparison to a regular old model toy or a t shirt depicting an AT-AT.

Specialty goods such as this could be a tremendous opportunity for distributors looking to sell merchandise to fans while also establishing relationships with successful brands looking to produce and sell uniquely innovative promotional items.