Local vendors were, too, since events like this are huge for selling merchandise and boosting the local economy.

But, if 2020 has taught us anything at all, it’s that sometimes things don’t go according to plan. And you can either throw up your hands and give up, or you can—to use what will probably be the word of the year—pivot. So, the DNC, like most things, went virtual.

Having the whole thing digitally means that everyone is on an equal playing field. There’s no feeling of just spectating from the outside looking in, and that might prompt some people to buy T-shirts or tote bags when they otherwise might not have from home.

It also gave the DNC an opportunity to go with a little bit of a more universal (err, continental) theme.

There are still plenty of Milwaukee-centric items, touching on local culture like dairy farming and using the outline of Wisconsin. There's also this cream-colored T-shirt sporting the city's nickname. 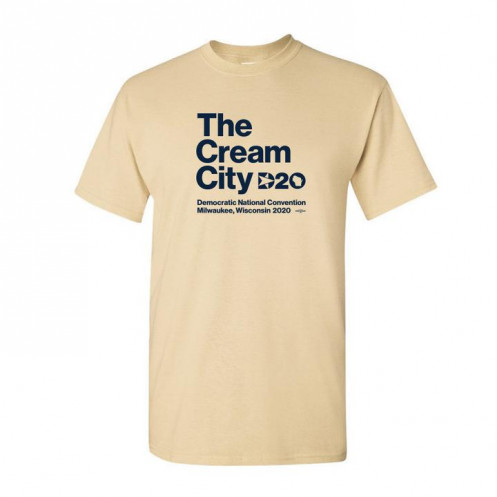 And there are things that play into the nationwide viewership, like pins and buttons with the DNC logo on top of any U.S. state or territory. 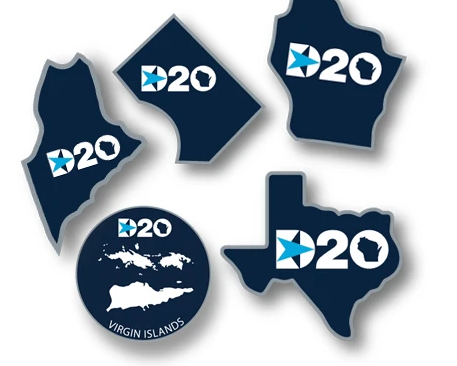 One button also says both “Milwaukee” and “Across America.” 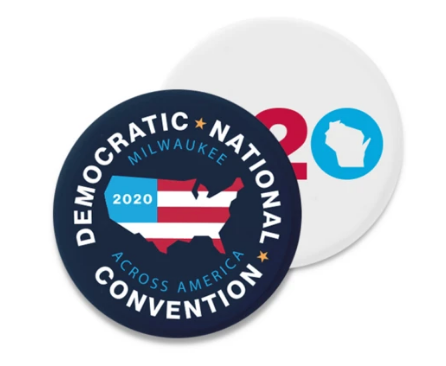 This will (hopefully) be a one-time thing, making it more memorable in the future. So people will want to commemorate the DNC that had to take place from home.

There’s no doubt that the Republican National Convention will do something similar, so we’re interested to see what its organizers come up with for the ostensibly Charlotte-based event.