All of the Dodgers World Series Merchandise We'll Never See

Another World Series is in the books, and after seven thrilling games (seriously, thanks for going for all seven), the Houston Astros are 2017 World Series Champions. Houston fans are no doubt stocking up on items like T-shirts and hats to commemorate the win, but, since this game could have gone either way, there were plenty of planned Dodgers items ready for mass production.

So, while we don't like to dwell on what could have been (despite the fact that I am a lifelong Philadelphia Eagles fan who has suffered through numerous NFC Championship games), we're going to take a look at what Los Angeles fans might have been buying this morning had the Dodgers squeaked it out. Think of it as an exploration of an alternate dimension. That sounds fun, right?

First, there's the caps the players would have donned in the locker room while they pop champagne all over the tarp-covered room. 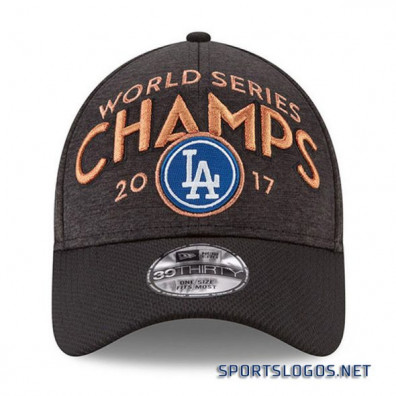 It's pretty much the same as the Astros version they're selling online, albeit with a Dodgers logo instead of the Astros logo. (That'd just be strange, otherwise.)

It looks like they made two geographically-specific T-shirts featuring rosters, too. The Astros shirt, which you can get online, features the year, the World Series logo and the outline of Texas, along with the Astros' roster on the back.

The Dodgers version is just about the same, but in Dodgers colors and with a little California on it. 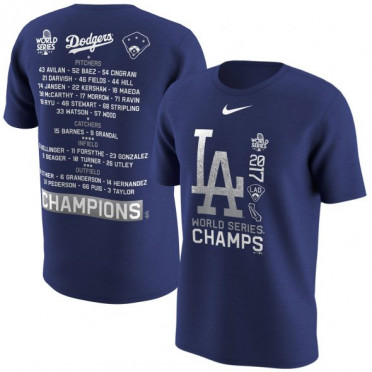 So, for the most part, the planned Dodgers merchandise pretty much echoes the merchandise we see for the Astros, except for one.

The Dodgers were set to give out a "World Series Champions History" T-shirt with the logos for all of the franchise's victories, dating back to the Brooklyn years. 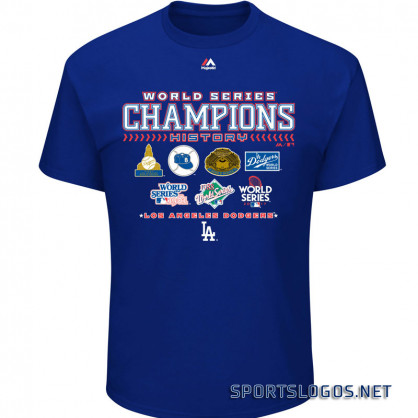 Considering this is the Astros' first World Series win, they couldn't exactly do that T-shirt.

This is the second World Series in a row that someone has predicted the outcome well in advance. Sports Illustrated ran a story predicting the Astros' 2017 victory back in 2014. (What's even spookier is the player on the cover was George Springer, this year's World Series MVP.)

Last year, the Cubs won one year later than "Back to the Future Part II" predicted, but the experts chalked it up to the MLB strike in 1994.

The space-time continuum was disrupted by the 1994 baseball strike, causing this alternate reality where the @Cubs win in 2016, not 2015. pic.twitter.com/cvlftTtWfT