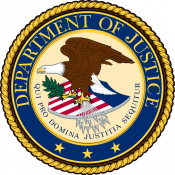 The Department of Justice (DOJ), in conjunction with the Consumer Product Safety Commission (CPSC), has passed a permanent injunction prohibiting three New York companies from importing and selling children's products and toys "until certain remedial measures are implemented."

The DOJ reported that, since 2013, the CPSC has seized 97 samples of toys and other non-compliant children's products from Everbright's Port of New York and Port of Los Angeles shipment facilities. It's also seized 72 samples from Lily Popular Varieties & Gifts during that same time period.

"Companies who do not comply with CPSC's statutes and regulations regarding toys put American children at risk," said Acting Assistant Attorney General Chad. A Readler of the DOJ Civil Division. "Parents have a right to expect that the toys their children play with our safe."

"Consumers across the country rely on our agency to protect their children from unsafe and dangerous children's products," Ann Marie Buerkle, CPSC Acting Chairman, said. "We take this responsibility very seriously, and will take the necessary action to keep unsafe products out of the hands of our children. I appreciate and value the support from and collaboration with the Department of Justice."

The cases are currently being handled in court, but we will follow this story as it develops.