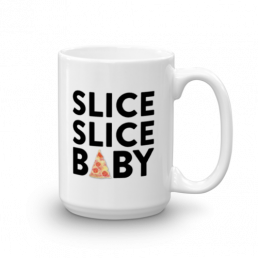 One of the supreme joys in life is watching dominoes fall, especially when a display consists of long lines of the rectangular tiles. Since its 1960 inception, Domino’s Pizza has looked to be a symbolic defier of gravity by implementing business strategies designed to make it rise in reputation among ravenous consumers. Much like the literal ascent of its distinguished dough, the figurative elevation has proven successful, too, as the entity operates more than 14,400 stores in over 85 international markets. Famous for its under-30-minutes-delivery-time promise, the Michigan-based chain has chosen to align itself with a practice that requires a tad more patience, namely, childrearing, by launching a baby registry for impending parents.

The measure that could leave competitors sucking their thumbs for solace kicks off today through dominosbabyregistry.com and builds on a February initiative through which Domino’s unveiled a wedding registry for pizza enthusiasts eager to apply another meaning to “Say ‘cheese’” on their big day. In a bit of marketing mastery, the company waited nine months for the follow-up, and the gestation period figures to find executives passing around congratulatory cigars thanks to the concept’s novelty.

Along with granting end-users the opportunity to win a year’s worth of pizza (how’s that for a bundle of joy!), the Gugu Guru-powered registry presents "a fun way for parents and their friends and family to take care of the adults at a very special time in their life,” according to Jenny Fouracre, Domino’s director of public relations. That aforementioned supply of pie can definitely help expectant mothers to give their offspring some commendable in-utero nutrition, but the true fun will begin once a child enters the world. While babies will have to wait awhile before mozzarella cheese can complement formula and milk as a calcium source, parents can reap the benefits of the registry right away through pizza-themed clothing such as moccasins, onesies, pants and shirts, tumblers, mugs (Kudos to the person responsible for the Slice Slice Baby mug), party invitations, decorations, favors and pizza packages good for baby showers, gender reveal gatherings and “Dadchelor” parties.

Domino’s decision to devise this promotion marks yet another establishment’s entry into the world of fast food chains calling on merchandise, in particular, apparel, to enhance their brands’ identity. Anyone who has directly gone through a pregnancy knows of the emotional highs and lows that the period can produce, and one can certainly count interesting cravings (pickles and ice cream, anyone?) among the most analyzed elements of the stretch. We would never consider the chance to partake of pies for a year a supplemental reason to conceive. (Or would we? Pizza is pizazzy, after all!) But we can definitely say that it is a pretty reliable and definitely not-out-of-the-norm source of nourishment for moms-to-be and their progeny. Combining the miracle of life with one of the nation’s most adored foods, Domino’s, whose third-quarter global retail sales totaled more than $2.8 billion, is yet again proving it is not an infant in the pursuit of financial glory and plans to remain among the upper crust for years to come.