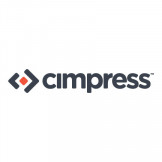 In December, National Pen announced that it planned to create 250 more jobs at its Dundalk, Ireland, facility over the next five years.

Vistaprint, on the other hand, was the subject of staff reductions to maximize profitability and "streamline operations," according to Cimpress CEO Robert Keane.

Judging by the numbers alone, the plan has succeeded so far.

This also aligns with figures PPAI reported last month, with non-industry providers accounting for about $3.4 billion in promotional product sales during 2017.

Keane attributed the company's growth to financial allocation and organizational changes, like what happened with Vistaprint last year.

"We also believe that Cimpress continues to strengthen our customer value propositions as a result of the many changes and investments we have made over the past six years," Keane said. "We believe that the capital we are allocating across our company, combined with the organizational and strategic changes we have implemented over the last year, is solidifying our competitive position and increasing our intrinsic value per share."

The report from PPAI was positive in that it showed there is plenty of space for industry companies to operate, and traditional distributor companies still account for more sales volume than outside companies. But the involvement of big-name outsiders like Cimpress and CustomInk (especially as brands they move into brick-and-mortar territory) is something that distributors and suppliers should pay attention to.