Elon Musk Has Raised the Bar of Promotional Advertising Forever 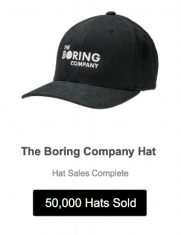 Elon Musk is enigmatic to say the least. He's one of those incredibly rich guys who almost seems like a cartoon character. Everything he does is over the top because, well, he can. He's been compared to Tony Stark, the gazillionaire techie who splits his time as Iron Man, thanks to his humanitarian efforts and ambitious projects across the world.

After announcing his plan to save Los Angeles from the horrors of highway traffic through a system of tunnels, his Boring Company released a line of headwear to promote it.

It sold like freakin' hotcakes, and continues to sell big online.

CNBC reported that the Boring Company (seriously, Musk has to be aware of the silliness of this name) sold 50,000 hats, which were priced at $20 a pop. That alone brought in $1 million.

As if the official sales numbers weren't enough to indicate that Musk's disciples are really stoked on the Boring Company, they've been selling on the likes of eBay for more than $100. One guy is even selling one supposedly signed by Musk himself, and is asking for $9,999.99.

That's crazy, right? You know what's even crazier? The other Boring product that was a hot sell and is an even hotter sell on re-sale sites. (You'll get this joke in a second. Wait for it.) 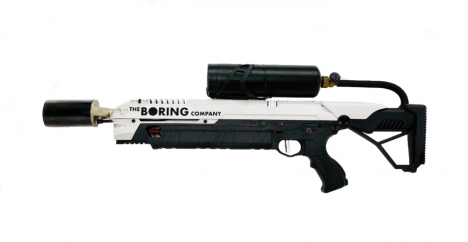 For real—actual flamethrowers. You've likely heard about this by now, but Musk and co. sold a real flamethrower online. Technically, because of the no-fun law, they had to rebrand it as "not a flamethrower," but, c'mon.

Apparently, some customs agencies are saying they won’t allow shipment of anything called a “Flamethrower”. To solve this, we are renaming it “Not a Flamethrower”.

They also come with a "boring" fire extinguisher. (The man's Twitter game is next level, people.)

All flamethrowers will ship with a complimentary boring fire extinguisher

The original run of 20,000 sold out pretty much immediately. With a price tag of $500, that brought in about $10 million for the Boring Company.

If you had told me before that Elon Musk's greatest promotional fundraising effort would include hats and flamethrowers, I'd tell you you were crazy. The hat part seems pretty normal, but to say that hats alone brought in $1 million of an $11 million effort is impressive even for a guy like Musk.

Here's where the real genius of this whole thing comes into play: You've likely never seen a Boring Company commercial, nor have you ever seen a Tesla Motors commercial. That's because, outside of a fan-made commercial contest last year, there really aren't any commercials other than seeing products in action.

You could argue on the surface that it was just a fun stunt, and you'd be 100 percent right. The man launched his own car into space with a mannequin listening to Bowie because he could. You're darn tootin' that's fun. But it's also a really great commercial without being a commercial. What did you see when you turned on that live stream? The Tesla logo (and a well-placed "Hitchhiker's Guide" reference) peering out over the Earth from the vastness of space. Space! 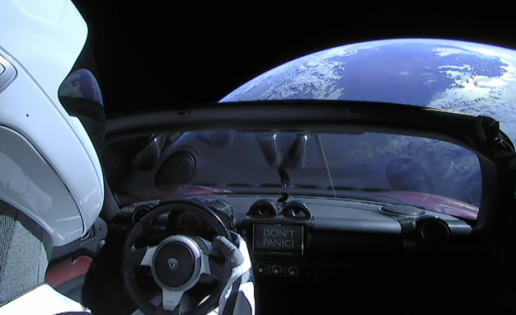 Between flamethrowers, "manned" space travel in electric cars and, well, hats, Musk and his various business ventures are absolutely changing the game for promotional advertising, and showing the possibilities of how to do it in the 21st century. They're obviously reaching audiences and building brand visibility, the sales numbers proved that, along with the resale value.

Take note. Some of these seem like a horrible idea. Unless…