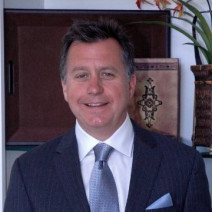 EmbroidMe has hired Joe Loch as president of the company. (Image via EmbroidMe)

Today, the United Franchise Group (UFG) announced it has named Joe Loch as president of EmbroidMe, West Palm Beach, Fla., according to Franchising.com.

"Joe's broad-based business skills and experience working with small-business owners are exactly what we need to lead EmbroidMe," Jim Tatem, a member of UFG, said in a statement. "He has extensive experience leading teams, growing sales and improving processes and associates."