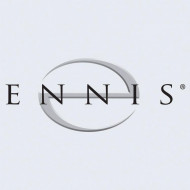 Ennis Inc., Midlothian, Texas, reported financial results for the three and six months ended Aug. 31, 2016, according to a press release.

The company’s net sales from continuing operations for the quarter ended Aug. 31, 2016 were $91.2 million compared to $100.5 million for the same quarter last year, a decrease of 9.3 percent. Gross profit margin for continuing operations was $27.0 million for the quarter, or 29.6 percent, as compared to 29.5 percent for the sequential quarter and 31.2 percent for the same quarter last year.

Ennis Inc.'s net sales from continuing operations for the six-month period were $181.7 million compared to $197.2 million for the same period last year, a decrease of 7.9 percent.