ePromos Promotional Products, the promo distributor based in St. Cloud, Minn., announced that Steve Paradiso has been promoted to CEO and president. Jason Robbins, founder of ePromos, will move into a reduced day-to-day role but will remain involved with the company. 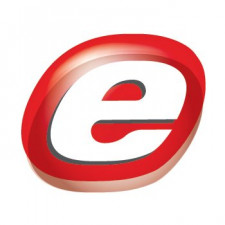 “A business is only as good as the people at the wheel,” Paradiso said. "We’ve brought in some incredibly talented people to complement the strong group we already had in place. I applaud our entire executive team, who are truly second to none.”

ePromos placed No. 27 on our 2019 Top Distributors List with $58.9 million in 2018 sales, up from $53 million in 2017. Paradiso, who joined the company in 2012, told Promo Marketing he attributed its success to its leadership team (similar to his comments above) and its ability to adapt quickly to customer needs, among other factors.

In a press release regarding his new role, Paradiso noted that ePromos will bring on additional experienced sales and support personal as the company continues to grow and evolve.

“ePromos was built with the goal of becoming an exceptional promotional products company—one that provides the highest level of personal customer service,” he said. “That service is at the heart of everything we do across all of our divisions. It’s such a pleasure working to bring this goal to life. I look forward to doing even more to take our business to the next level.”

What Makes a Strong Distributor Brand (and Why You Need One)