A special adviser to Ethiopian Prime Minister Abiy Ahmed said in an interview that recruiting China for help will be crucial for boosting its growing textile manufacturing sector.

This is something we've touched on before—countries outside of the usual manufacturing hubs (like China and Vietnam) are increasing their presence in the international textile manufacturing game, and Ethiopia is high on that list. What's new is the way Ethiopian officials are being so up-front about their need for China, a perceived competitor, to help them get there.

According to the interview with Xiinhuanet, the adviser, Arkebe Equbay, said that China could help Ethiopia hit $30 billion in revenue from textile manufacturing in 10 years. 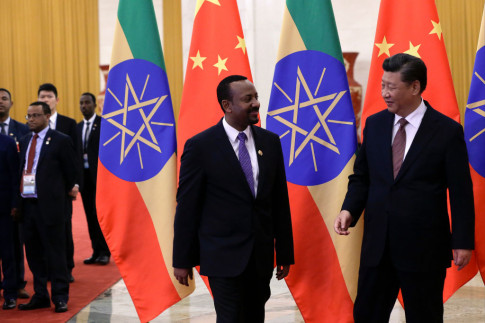 "Ethiopia needs China's experience and knowledge in the textile and apparel sector to fill our skill gap and make Ethiopian textile products competitive in the global market," he said. "Ethiopia has an abundant trainable labor force, low energy cost and almost free provision of land for those interested to invest in the textile and apparel sector."

He added that Ethiopia is currently negotiating with 12 large Chinese textile mills for them to set up plants in Ethiopia after the African country further understood the need for integrated supply chains.

Liu Yu, an economic and commercial counselor at the Chinese embassy in Ethiopia, said that the China-Africa Cooperation (FOCAC) summit in Beijing this month ended with China pledging to assist African countries in eight "major initiatives," including infrastructure, trade facilitation, environmental development and industrial promotion.

A key benefit for Ethiopia here is that China is coming into this having learned its lessons from its own industrial growth, namely the importance of environmental awareness. That way, it won't have to deal with the costly and lengthy environmental cleanup or adverse side affects seen in cities like Beijing. Ethiopia, furthermore, is aiming to become carbon-neutral by 2025.