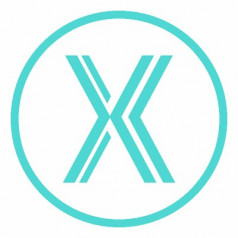 When one hears the term “East Coast-West Coast feud,” that person might automatically think of the hip-hop battle that raged from the mid- to late-1990s, pitting, most notably, Bad Boy Records against Death Row Records. While their disagreements certainly lack pop culture’s watchful eyes and discerning ears (not to mention any trace of violence), S’well, a New York-based reusable water bottle company, and ETS Express Inc., a California-situated drinkware supplier, have been dueling so long legally that one could say they have formed a 21st-century take on coastal confrontation.

Next month, though, the entities, whose conflict commenced three years ago, will likely receive resolution to their matter, through which the former is accusing the latter of trademark infringement. Adding to the intrigue, the two grabbed headlines earlier this month when the Customs & Border Agency of the Department of Homeland Security (CBP) issued a release stating it nabbed 345,597 of the West Coast defendant’s plastic and stainless steel bottles, dubbing them knockoffs, at the Port of Charleston, with the ETS legal and crisis management teams wondering why the entity made such a move nearly a month after an Empire State judge had ordered the release of the goods.

The establishments will face off in the Southern District of New York to try to settle the larger concern at hand, the contention by S’well that the ETS h2go Force bottles violate its 2016-trademarked bottle design. That artful conception’s registration with CBP came two years after S’well sent letters to ETS, claiming, according to the Oxnard-headquartered business’ Los Angeles-based attorney, Marvin H. Kleinberg, that the supplier’s import of a similarly shaped bottle prompted its overseers to take action. Suing ETS in the spring, S’well, whose press email sent back a generic reply to Promo Marketing’s request for information on the litigation process, will now look to prove it is the exclusive user of that shape. Kleinberg—who, so as to prepare for the trial, deferred to Steven Fink, the president and CEO of Lexicon Communications Corp., the nation’s oldest crisis management firm that is assisting him and ETS in the ordeal—vigorously disagrees with that assertion and helped to note so in a release for his client.

“…ETS successfully demonstrated in court last month that there are currently more than 46 other bottles sold by other manufacturers that are all shaped very similarly to S’well’s bottle, making the shape of the bottle ‘generic,’ not specific to any one company’s claims,” states the Oct. 20-dated explanation Fink sent to Promo Marketing.

If the legal dustup had only the aforementioned elements, it would still be very newsworthy, but the CBP component certainly makes the matter far more layered. Relying on published reports, Promo Marketing published an Oct. 11 account of the situation, through which we learned of the CBP release that found the agency “boasting of the seizure,” (per the Friday-issued ETS analysis of the situation) of the erroneously titled “counterfeit” aquatic holders. Fink et al have unsuccessfully sought to learn why CBP made the Oct. 4 announcement when Judge Jed S. Rakoff had, on Sept. 10, ordered the body and port directors in Charleston and Los Angeles to consent to “(1) the immediate release of all goods seized or otherwise held in connection with U.S. Patent & Trademark Office Registration Number 5118514, and (2) to any future importation of such goods where the importer of record is ETS Express, Inc., until further written notice.” Representing S’well, Paul J. Safier, with Philadelphia-based Levine Sullivan Koch & Schulz, LLP, gave his client’s consent two days later, but that, of course, did not resolve the overall dispute.

Exactly a month after the Sept. 10 order, a six-page memorandum found Rakoff recapping earlier points and explaining others, including, among other mentions, that S’well, through CBP, which did not respond to Promo Marketing's request for comment, in “initially detaining all of ETS’s imports—not just those that are allegedly infringing—so the shipments can be searched for Force Bottles,” has caused the defendant “irreparable harm,” damaging the 32-year-old supplier’s reputation as a presence that can deliver its goods on time.

The document, which Kleinberg tabbed “enjoyable reading,” also noted that though S’well “faces the irreparable harm of losing some tenuous control over the reputation of its trademark,” its hardship “pales in comparison to [the] defendant’s” because ETS products have been on the market for years and since “there are dozens of other companies selling very similar bottles today.”

Within the promotional products industry, businesses, when offering their products, must always consider how closely every aspect of them resembles other goods and must contemplate how their merchandise will serve end-users. Well-versed in those necessities, ETS looked to fend off confusion in the legal matter by claiming that “95 percent of its sales are to distributors who then sell the bottles to businesses that give them away as promotions, whereas S’well sells directly to customers who seek high-end, fashionable, reusable water bottles. Rakoff added that, “Given the different customer bases, both of which are sophisticated and know what they are looking for, ETS argues that product confusion is unlikely.”

The company’s legal representatives have not secured responses, according to the Friday release, to calls and emails directed to CBP. Their estimation of the incident is particularly compelling because, as they contend, the Oct. 4 divulgence marked what is likely the first inaccurate classification of the ETS bottles as “counterfeit,” a description that not even S’well has applied to the containers. “ETS attorneys are actively pursuing the original source of that term,” the defendant proclaimed.

Kleinberg, via an email to Promo Marketing, noted that although CBP did not name the supplier in its release, the agency’s “accompanying pictures included the unique boxes used by ETS Express that are instantly recognized by its customers.” The images, one would think, could become elements of next month’s proceedings, and if they do, they could add to what Fink believes is already a strong case.

“It’s a very interesting situation, to say the least,” he offered via a phone conversation. “We’re eager to see how it finally plays out.”