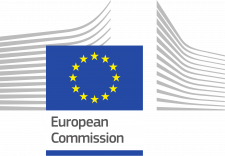 European Union antitrust regulators are investigating whether Nike, Universal Studios and “Hello Kitty” owner Sanrio illegally blocked or banned some nations from selling its licensed products, such as Barcelona soccer jerseys, “Hello Kitty” items, and merchandise for the films “Despicable Me” and “Minions.”

Reuters reported that the European Commission made its investigations known on Wednesday, but didn’t provide specifics on the sales practices in question.

This move comes after a year-long inquiry about the e-commerce practices of almost 2,000 companies across Europe, which found that some companies limited the sale of their products to select distributors, and others used pricing restrictions and sales bans to block certain sellers in Europe.

“Nike is aware of the European Commission’s investigation and will continue to cooperate with the authorities,” Nike said in a statement to Reuters.

Universal Studios and Sanrio did not respond for comment.

This new investigation would cover similar issues as the initial, year-long e-commerce inquiry, but would focus specifically on licensing and offline distribution.

“They complement the sector inquiry and other pending investigations in so far as they aim to tackle potential barriers to online and offline cross-border trade,” a spokesperson for the European Commission told Reuters, adding that the case came via the EU executive, rather than by a complaint.

On this side of the Atlantic, the EU announced last week that it launched a probe into Guess’s cross-border distribution.

If found guilty of breaking EU antitrust regulations, companies could face fines of up to 10 percent of their global turnover.