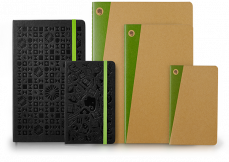 Evernote, the popular smartphone app for cross-platform note-taking, had tried its hand at physical products, like notebooks, backpacks and wallets. Now, after three years of selling these items, the company shut down its Evernote Market on Feb. 3.

According to The Verge, some Evernote-branded items, such as its Moleskine notebooks, Adonit styluses and Fujitsu scanners, will still be available through its partners, however. Over its three-year span, the Evernote Marketplace sold 800,000 Evernote-branded Moleskine notebooks, 300,000 Jot Script styluses and almost 20,000 Fijuitsu ScanSnap scanners.

"Ultimately though, Evernote is a software company," John Hoye, Evernote's senior director of partnerships and accessory products, said in a blog post. "Building and perfecting the Evernote experience is where we'll be focusing our future efforts."

Though the online marketplace is shut down, Evernote will continue its partnership with other brands, such as Moleskine and Fujitsu.

"We hope that the products we created for [Evernote] Market will continue to enhance and add a bit of 'Evernotey-ness' to people's daily lives," Hoye said in the post. "We greatly appreciate the support and enthusiasm so many of you have shown since we launched Evernote Market. We are confident our partnerships will deliver more of the same in the future."

Chance the Snapper, Chicago’s Favorite Alligator, Gets His Own Coloring Book (With Help From Local Shirt Company)