Everyone Loves What Delta Airlines Is Doing With Its Old Uniforms

Delta Airlines is officially a champion of the "reduce, reuse, recycle" motto. After the airline rolled out its new Zac Posen-designed uniforms, the company decided to take a different approach to disposing of the old uniforms. According to a press release, the airline has donated over 350,000 lbs. of clothing to be upcycled and repurposed through its partner, Looptworks.

“The amount of textile waste generated each year in the United States has doubled over the last 20 years, and we won’t add to that number,” Ekrem Dimbiloglu, director of uniforms for Delta Airlines, said in the press release. “By partnering with Looptworks, we found a creative way to give the old uniforms a new life.”

The old uniforms are being repurposed into products like bags, passport covers, wallets and pillows, and the items will be sold online in October. The airline hopes fans will want to grab a part of Delta's history, as well as support the airline's recycling initiatives. 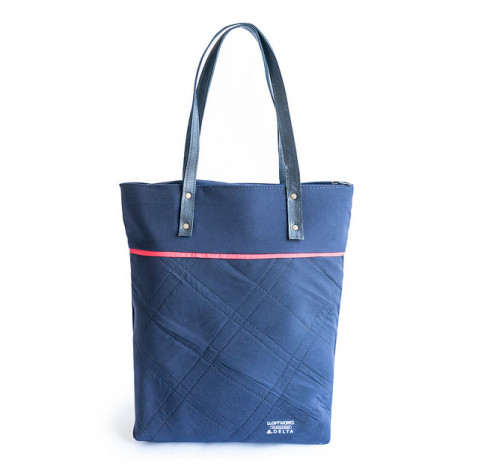 The products are truly innovative. Some of the items will use leather from old airplane seats. There's a backpack that uses the fluorescent colors from airport ground workers' uniforms.

The company will also be "down-cycling" some products, meaning it will convert some of the donated materials into something of lesser value, like home insulation, punching bag contents and pet bed stuffing.

The media world seems beyond thrilled with Delta's recycling initiatives:

Delta is recycling up to 350,000 lbs. of old uniforms in effort to combat textile waste and we are ALL FOR IT 😍 Uniforms will be transformed into totes, backpacks and more!https://t.co/BjJqKHESTC pic.twitter.com/k4mOp0Nz1X

We're thanking @Delta for choosing to upcycle old uniforms and save them from the landfill. - https://t.co/37b8t2uHCR

The experience of @hubbubuk is that there is a significant waste problem with discarded corporate uniforms so it it great to see that some steps are being taken to solve this problem https://t.co/R7MuROtrp0

This news comes on the heels of Burberry's controversial decision to burn $38 million in unsold merchandise. That sparked a ton of online backlash, so we are glad to see Delta made an intelligent and creative decision with its old uniforms.