Every now and then, a new product comes along that makes us immediately think, "Man, that would be great as a promotional product," or "Man, you could really slap a logo on that easily."

It could be something we've seen on Shark Tank, something we see kids playing with on the street, or some new phenomenon that we see on the web.

In this case, it's the latter, and our brains, which have been programmed to see the promotional possibilities of just about everything, are thinking, "Man, this would be a great promotional product."

Studio Banana introduced the Ostrich Pillow Loop, which is kind of a pillow that wraps around the user's eyes and face. It works for sleeping on a plane, tuning out surroundings during yoga, and more. 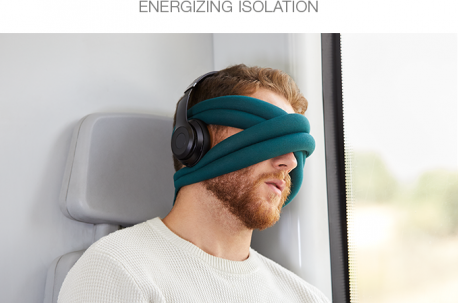 The Ostrich Pillow Loop could be a big promotional product for travel companies and more. | Credit: Kickstarter

The company turned to Kickstarter to seek backers for what it called the first "eye pillow," which blocks out 99.9 percent of surrounding light and adapts to the contours of a user's face, thanks to microbeads inside. It also still allows users to toss on headphones to really escape reality.

If this product hits the market as planned, this would be a huge opportunity for distributors to reach out to travel agencies, airlines, yoga studios or professional Pin the Tail on the Donkey players.

Making it Happen: Turning a Hobby into a Thriving Business

Does Your Software Really Integrate with QuickBooks?