There have been a few attempts at a wearable augmented reality device. Each one was heralded as “the future” of wearable tech, but nothing ever really took off. You don’t see many (any?) people wearing Google Glass these days, do you?

Facebook is betting that taking apparel we already wear and integrating augmented reality technology might be what finally allows the tech to embed itself in mainstream culture.

Gizmodo reported that Facebook filed for a patent in 2019 for a baseball hat with a “display subsystem” on the brim, which can be folded up or down, rather than always over your eyes. 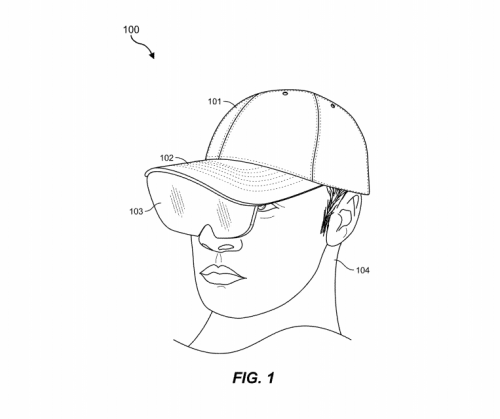 Not a baseball hat person? Facebook’s patent filing says that the technology could be applied to other designs, like cowboy hats, visors and fedoras.

Unlike existing AR products, which Facebook says are “sometimes thick, heavy and unbalanced, and/or may generate excessive heat that is uncomfortable against the user’s skin,” this would be something people are much more used to. It’s a hat!

Facebook also said that the design, with the tech built into the brim, keeps the electronics farther away from the face. The brim allows for more surface area than a pair of glasses.

Once you’re not using it, you can just flip the screen back up and look like you’re wearing a normal hat, not trying to live in the future.

The patent filing also says that it could work with other devices, like controllers, smartphones and computers, to create a more immersive experience for gaming, exercising and more.

This concept may never see the light of day, but from a promo perspective, it's interesting. That added surface area and traditional design makes it a perfect candidate for branding. And we've already seen companies using AR for marketing. Combining the two would unlock plenty of possibilities.