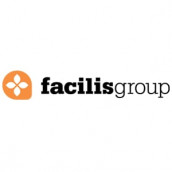 All three new partners are located in Ontario—C.I. Promotions in Concord, Promotional Elements in Kitchener, and Promotional Source in Oakville.

Facilis now includes 19 distributors in Canada and more than 120 in the U.S., making it the largest collection of independent distributors in the industry with combined 2019 sales forecasts exceeding $800 million.

Not only do the additions tally Facilisgroup’s largest growth in Canada in several years, they mark a return to the company’s roots, where it was founded in 2000. Facilisgroup was established later in the U.S. by Dan Rochette, Martin Weber and Chuck Fandos.

This growth expands the group’s buying power in Canada by 16 percent.

“We’re offering the best industry technology solution for large distributors who want to retain their independence, grow their businesses to that next level of success and build equity for themselves," said Randy Conley, vice president of new business development for Facilisgroup. "That, coupled with our best practices recommendations and preferred supplier relationships, sets these distributors up for tremendous success."