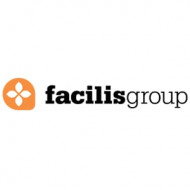 McCune steps into the role of president from her former seat as chief operations officer, a position she has held since June 2019. During that time, McCune oversaw the successful launch of one of the company’s largest I.T. integrations, as well as unprecedented company growth. Prior to serving as COO, she was vice president of operations and marketing for more than five years, where she played a vital role in propelling profitable company growth. McCune is a 16-year industry veteran and has been with Facilisgroup since its early days.

“During her tenure with Facilisgroup, Ashley has helped to innovate our technology, enhance our partner development and engage our community—all three factors have been critical to our success," Fandos said. "Ashley leads with a natural brilliance and passion for excellence, and has a laser-focused determination to exceed company goals. I am confident she will lead Facilisgroup to new heights!”

“Ashley possesses a remarkable understanding of what is required to position Facilisgroup to hit its financial and growth goals for 2020 and beyond," said Chris Lee, CEO of The Pebble Group.

Convergence Corner: How Jen Stanton Implemented Promo to her Print Business and Never Looked Back

Finding Room for Creative Promotions in the Health Care Market