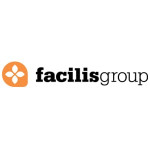 This growth was demonstrated by a record 232 partner sales representatives being honored at Facilisgroup’s annual Top Achieving Sales Awards ceremony in Las Vegas. A representative must achieve minimum sales of $750,000 to be recognized as a Facilis Achiever. In addition to the honor, they will receive exclusive perks and rewards.

Facilisgroup also named SanMar its Supplier of Year for the second year in a row. Brand Makers, from Salt Lake City, achieved 20 percent growth and was named Partner of the Year.

Facilisgroup made improvements last year that contributed to its members’ success. In addition to infrastructure improvements, the company released new interactive marketing tools in its @ease software, and added a spec sample tool integrated into its award-winning Signature Collection websites.

“We’re proud to celebrate our partners’ achievements and excited to be part of their continued growth," said Chuck Fandos, CEO of Facilisgroup. "Every year, I’m proud of the community we’ve built with our partners."

Facilisgroup was acquired late last year by private equity firm Elysian Capital LLC, and became part of a new entity—the Pebble Group. As a result, in 2019 Facilisgroup partners will begin to benefit from accelerated investment and service enhancements.

What Makes a Strong Distributor Brand (and Why You Need One)