Fanatics Already Has a Problem With Overwatch Jerseys

There's no greater feeling of buyer's remorse than when a product arrives looking completely different than it did online. It might be a different size, the color might be a little off in real life, or it could arrive broken. In the case of Fanatics' Overwatch League apparel, which it recently received the rights to supply, fans were disappointed that they were just…bad.

One Reddit user posted the Atlanta Reign jersey he recently ordered with the caption "This is sad, I'm getting a refund." 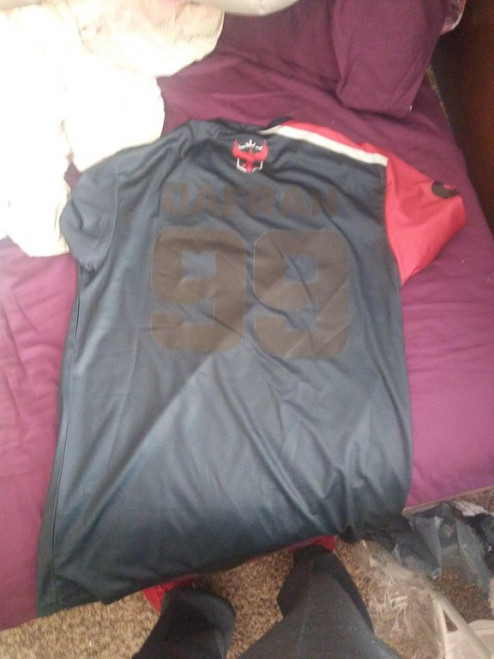 Here's where the story gets a little weird. The problem seemed to be the authentic jerseys with a player's name and number on the back. Fans who ordered a generic one seemed to be pretty happy with it, according to Dexerto. But, they might be happy with it because it wasn't actually from Fanatics at all.

Dexerto reported that some customers noticed that the generic jerseys seemed to be made by into the AM, the previous apparel supplier, complete with tags and everything.

After being called out on the Competitive Overwatch subreddit, it wouldn't be surprising if Fanatics ups its game with the jerseys. Otherwise, it risks losing a whole fanbase right after securing the rights to sell to it.