Fanatics Will Need to Change Its Approach Abroad 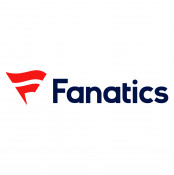 Plenty of things can be called “stereotypically American”: fireworks, corndogs, country music, reality TV. We have a certain image in the eyes of the world, though not everything this image entails is as prevalent across the board—we are a diverse nation, after all. There is one stereotype, though, that stands to be true, and that is our collective obsession with sports. From basketball to baseball, football to hockey, we are a nation of loyal athletic fanatics. In some cases, this fandom even borders on religious fervor. Whether for small-town college teams or big-city professional franchises, Americans will do seemingly anything in support of their favored team—and I mean anything.

Perhaps more than any other company, Fanatics has cashed in on this very American love of sports, having built a multi-billion dollar merchandise empire around it. Despite this success, however, it seems that Fanatics Inc. is not at all comfortable with resting on its considerable laurels.

With the help of an investment of $1 billion from Masayoshi Son of SoftBank Group Corp., the sports merchandise giant is beginning an excursion into the foreign market. And while Fanatics already has some English Premier League teams, such as Manchester United and Manchester City, the company is making a considerable bet that foreign fans will be as interested in their wide range of sports merchandise as Americans are.

Herein may lie a problem, as many of Fanatics’s products are geared toward American sporting rituals, such as the tailgate, for which they sell branded grill covers among other items. Other sporting cultures, such as that of Britain, don’t celebrate wins—or numb losses—in the same way as Americans do, gathering at pubs instead of parking lots. There is also the historical issue of hooliganism, which soccer teams have combatted through heavy pre-game police presence, meaning that the tailgate, and any merchandise associated with it, is virtually irrelevant in a British market.

As a solution, Fanatics will have to come up with new types of branded items, or else depend upon staples such as jerseys and scarves.

While the British market could pose some problems for the venture, the Chinese market seems to be promising. According to Bloomberg, the Chinese Super League has seen heavy investment in its teams over the past few years. Not only this, but attendance is up to such a degree that it is expected to surpass that of the Premier League’s by 2020.

This promise, however, is not without its drawbacks. The Chinese market is flooded with counterfeit jerseys and merchandise, and considering the issues this surfeit has caused in the U.S. alone, it is easy to imagine that Fanatics will have to put up quite a fight against those counterfeits in China.

Though the risks involved are serious, and despite the fact that Americans have a particularly passionate affiliation to sports and branded merchandise, Fanatics and its powerful investors are willing to bet that fans in other countries can be coaxed into buying their products.