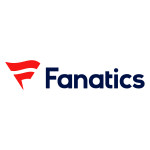 "We could not be more excited to work with the Kitbag team to build upon their multi-channel capabilities, expertise in soccer and strong portfolio of partners to accelerate both our U.S. and international growth," Doug Mack, CEO of Fanatics Inc., said in a press release. "Fanatics and Kitbag are a nearly perfect complement, creating a complete platform for sports fans, leagues, teams and manufacturers globally, which will grow the licensed sport industry."

The acquisition will allow Fanatics Inc. to serve the rising popularity of soccer in North America, and allow Kitbag to expand the sale of North American sports across Europe.

According to Independent, Mack said that he thinks his company could market European soccer (or football, as they say across the pond) more in the U.S. For example, Kitbag currently sells 934 Manchester United-branded items. Compare this, keeping in mind that Manchester United is one of the most popular soccer clubs in the world, to the 1,819 Dallas Cowboys-branded items available from Fanatics Inc.

"Kitbag and Fanatics are complementary businesses," Andy Anson, CEO of Kitbag, said in the press release. "Fanatics' focus has been to grow and develop business in North America, while the majority of Kitbag's presence is in Europe and the rest of the world. As a consequence, the globalization of all the major sports we serve together creates significant opportunities for future growth and expansion."

Soccer's worldwide popularity seems to finally be catching on in the U.S. With a good showing at the 2014 Men's World Cup and a victory in the 2015 Women's World Cup, and even a few new MLS teams to attract global talent, soccer fans in the U.S. have a lot to celebrate. Add to that the lucrative TV deals that European leagues, like the Premier League in England, inked with U.S. networks. (The Premier League just signed a six-year deal worth $1 billion.)

Just last month, we reported that Columbia Sportswear formed a partnership with Manchester United, creating licensed apparel for hiking, climbing, and water and snow activities. We also posted a story in November about China's hopes to use soccer and sportswear branding to boost its own economy.