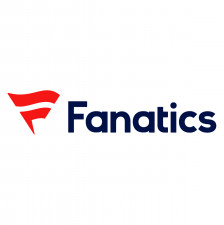 Fanatics found itself ranked 25th on CNBC's Disruptor 50 list, which isn't incredibly surprising given that it's become the premier licensed apparel company in the U.S. and beyond, thanks to partnerships with multiple sports leagues.

Michael Rubin, CEO of Fanatics parent company Kynetic and co-owner of the Philadelphia 76ers, went on CNBC's "Squawk Box" to talk about how on-demand printing capabilities, innovative data usage and exclusive designs helped propel the business from a $250 million company when he bought it to the $4.5 billion company it is now.

Rubin said that his primary influences in developing the Fanatics business model under Kynetic were capital-D disruptors like Amazon and Alibaba.

"I thought from the early 2000s that Amazon, and I added Alibaba to that list, they were going to own retail," he said on the show. "They had such disruptive models that if we didn't have completely differentiated models, we'd have no way to exist. So many people in e-commerce don't think about how they can be differentiated, so they don't succeed."

For him, being different was having a cloud-based back-end platform that allowed for exclusive, original designs that capitalize on those "micro-moments" we're so very, very fond of writing about. Also, data.

"For us, first of all, everything is based on data," he said. "If you think about it, there's so many things that happen with sports on a daily basis. We have 40 or 50 million cumulative fans to buy from us. And these fans, we know what they've bought, their team preferences, we know their browse data, we've tied it to their social preferences. So it allows us to really personalize the experience for them."

Coming up, our coverage of the 2019 #Disruptor50 list continues →

The "Squawk Box" hosts used the Odell Beckham Jr. move to the Cleveland Browns as an example. This is where Rubin said the company's data usage came into play.

"We know all the people who were likely to be Browns fans, so we could best service those fans," he said. "So I think having a business that's so built around technology and then the availability to customize the experience, together with a built-to-order manufacturing supply chain that can satisfy the fan is why we've grown so much."

The company sources jerseys for multiple teams from all over the world, so whenever something happens, like a major player switching teams, it has the capability to be prepared to pump out jerseys in huge quantities. The upcoming NBA draft is what it's preparing for next, with just about every possibility planned for the moment the first picks come in.

Obviously, Fanatics works on a direct-to-consumer model, but any business can learn from its explosive success. The biggest lesson? Know exactly what your clients are looking for. You may not be able to collect the kind of data Amazon and Fanatics can, but you can do your best to capture relevant data from each order and build profiles of your customers. Oh, and you can actually talk to them and ask, of course, so you have a pretty good idea what they'll like and what you could pitch them.