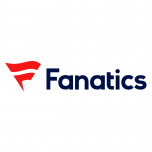 With that capital, Fanatics grows its value to $4.5 billion, according to Reuters.

The deal was not yet made public, but sources told Reuters that it should close later this month.

SoftBank is run by Masayoshi Son, a Japanese billionaire, and funded the investment by dipping into its $93 billion Vision Fund, which, according to Reuters, is the world's biggest private equity fund.

Fanatics' power in terms of licensing has grown tremendously. When companies look to license NFL logos or likenesses, they've traditionally had to go through the NFL Players Association. But now, the NFLPA handles licensing agreements through Fanatics, which is now an official league partner, according to GeekWire.

The NFL is also one of the investors contributing to Fanatics' $4.5 billion value.