Not all fan apparel products can be winners. The New York Knicks learned this lesson the hard way when the team launched its new Kristaps Porzingis hats for sale in the Madison Square Garden shop.

A good tip for any team embroidering a player's likeness on hats is to make sure the finished product actually looks like the player. 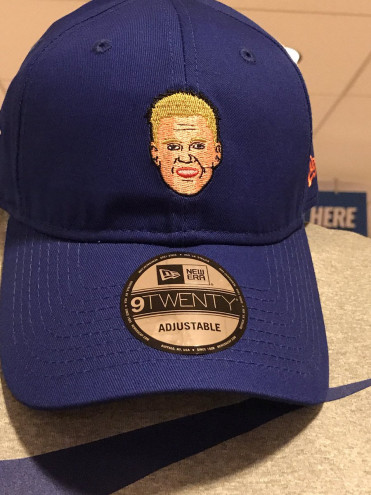 ESPN's Darren Rovell was the first to notice the Knicks' new Porzingis hats. (Image via Twitter)

It looks like the Knicks' brand apparel division didn't give these hats a second glance, or they would have noticed that this Frankenstein-looking Porzingis creation shouldn't have seen the light of day. As a result, the internet took the joke and ran with it, creating their own versions of the hat:

wow this is a good Porzingis hat pic.twitter.com/xjSFTadX52

For anyone looking to add an embroidered product to their promotional apparel offerings, just make sure to double and triple check that the finished product looks like the intended design.

The Tampa Bay Lightning Had Players Design T-shirts, Hats for Charity (and They Look Pretty Good!)