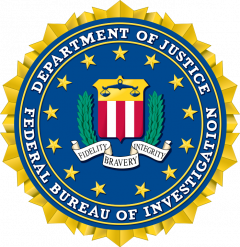 The practice of price fixing—i.e. working with competitors to raise or lower prices, discuss promotions, affect shipping fees and more—has been the topic of some high-profile cases in recent years. A lot of the time, it comes about when a new technology hits the market, and companies work with competitors to set a price minimum for said technology.

For instance, after LCD technology became more standard in televisions, LG, Chunghwa Picture Tubes and Sharp Corp. had to pay almost $600 million ($400 million of which fell on LG alone) in criminal fees after trying to fix prices for the LCD panels.

When compact discs became the new norm for listening to music, companies set minimum advertised pricing agreements to jack up the prices of compact discs to offset the sales damage caused by discount stores, like Best Buy and Target.

According to LimaOhio.com, FBI Special Agent Vicki Anderson confirmed that the bureau conducted an investigation on Tuesday at the company's Coldwater facility, but could not disclose any more details about the situation, as "everything is under court seal."

If found guilty of price fixing, there's essentially nothing the accused company can do but face the costs.

According to the FTC page on price fixing, "a defendant is allowed to argue that there was no agreement, but if the government or a private party proves a plain price-fixing agreement, there is no defense to it. Defendants may not justify their behavior by arguing that the prices were reasonable to customers, were necessary to avoid cut-throat competition, or stimulated competition."

So, since Totally Promotional has already denied their involvement in the alleged price fixing scheme, it's pretty much exhausted all of its efforts.

Now, pending the FBI investigation into the matter, all anyone can do is wait and see.

We'll continue to follow this story as it develops.