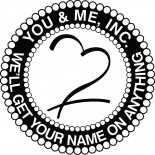 The U.S. attorney's office in Chicago has issued a subpoena for the town of Cicero, Ill., requesting records for transactions with two politically connected companies, including one promotional products company.

According to the Chicago Sun-Times, federal authorities requested invoices and payment records relating to You & Me Inc., a Woodridge, Illinois-based distributor, dating back to 2008.

Last year, the town of Cicero spent $19,061 to purchase promotional items, such as lip balm, nail files and pencil sharpeners, from You & Me Inc. All of the items were imprinted with the name of Cicero's town president Larry Dominick.

Since Dominick took the role of town president in 2005, the town has spent more than $890,000 on imprinted items from You & Me Inc., including mouse pads, ice cream scoops, back scratchers, lint rollers, hand sanitizers and holiday ornaments. The items usually were giveaways at town events.

Rosemary Konz, co-owner of You & Me Inc., is the daughter of Cicero Trustee Lorraine Walsh, who, according to the Chicago Sun-Times, has been a longtime supporter of Dominick. Konz also has been a member of Cicero's Housing and Real Estate Board—a position to which Dominick appointed her—since 2006.

You & Me Inc. reportedly has contributed $6,550 in cash and merchandise to Dominick's campaign funds over the last 11 years.