A federal grand jury has indicted a promotional products distributor on three counts of fraud for attempting to pass off Chinese-made caps and backpacks as U.S. made. 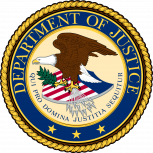 The indictment alleged that Burnett committed fraud on three contracts worth $6.2 million with the DOD that he had through his company, Lamar International Inc., Huntstville, Ala. Two of the contracts were for baseball caps and the third was for backpacks. The Department planned to give the items to Army recruits as promotional items.

The DOJ said in a press release that Burnett claimed in the contracts that he would meet the requirements of the Buy American Act, which states that the U.S. government prefers to purchase U.S.-made items; and the Berry Amendment, which is restricts the DOD from spending funds on clothing, fabrics, yarns or fibers that are not grown, reprocessed, reused or produced in the U.S.

Two of the contracts specifically said, in all capital letters, that the "PRODUCT MUST BE 100% U.S. MADE," according to the press release

The DOD awarded Burnett the first contract—worth $1.4 million—in 2005, after which he supplied it with more than 200,000 baseball caps over three years. The second contract came in 2007, when Burnett supplied more than 590,000 caps and earned $4 million. The final contract in 2007, worth $1.1 million, had Burnett supply more than 146,000 Combat Uniform backpacks.

Following the second contract, a competitor objected, claiming that the only way Burnett could bid such a low price was if he was using foreign suppliers, according to the DOJ. Burnett, however, provided documentation that he was using only U.S.-made items and that he would comply with the legal requirements.

The indictment says that Burnett worked with suppliers directly from China and with U.S. companies who were aware that he was importing the products from China. He filled orders with Chinese products for all three orders, and hid the fact that the products were Chinese by hiring workers to remove all Chinese labels and repackage the items before sending them to the Army Recruiting command.

Also, he allegedly hid the fact that the items were made in China by hiring workers to remove all Chinese labels and repackage them before sending them to Army Recruiting Command.

The indictment seeks to have Burnett forfeit all of the money the government paid him for the items. If convicted, Burnett could face a maximum of 20 years in prison and a $250,000 fine.