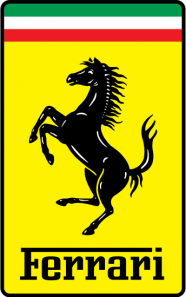 When we hear "Testarossa" we immediately think of Ferrari. And we're not exactly car buffs, so we would imagine that others do the same. Well, regardless of how common that word association is, a German court ruled that Ferrari has to relinquish its right to the name due to a lack of ongoing use.

Remember what we said yesterday about needing to use a trademark in order to hold onto it? This is what happens when a trademark holder doesn't use it enough.

The Drive reported that Autec AG, a company that produces remote-controlled vehicles, sued Ferrari to use the name.

Ferrari maintained that it had the right to use the name due to the ongoing business of maintaining and restoring the Testarossa, which was discontinued in 1996.

Kurt Hesse, owner of Nuremburg-based Autec AG, said that because the name hadn't been used in a commercial way in more than 20 years, he had as much of a right as anyone to use it.

And the court agreed.

It ruled that though Ferrari had been performing ongoing maintenance, parts sale and use of engine components for Testarossa-branded cars wasn't enough to justify keeping the name.

The Drive makes an interesting point that many of us might not think about: Disney doesn't push Mickey Mouse as a character in its films and cartoons nearly as much as it had before. But you'll notice Disney always pushes a lot of Mickey-themed products in order to solidify its hold on the trademark.

You'd think Ferrari would work a little harder to keep the name, but this serves as a valuable lesson for other companies: No name is too big to lose.