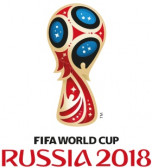 Eleven cities are helping Russia to stage the 2018 FIFA World Cup through July 15.

Now that the 2018 FIFA World Cup has begun with host nation Russia’s 5-0 victory over Saudi Arabia, the 21st staging of the international football tournament lends itself nicely to a numbers analysis. Over the next month, 32 teams spread out among eight groups will contest 64 matches, with 12 venues located in 11 cities having the honor of presenting the action. Though those figures are key to appreciating the pageantry of the quadrennial celebration, organizers are stressing the importance of another digit, good old number one, as that represents the amount of warnings they intend to give regarding social media-based use of the World Cup logo.

According to a release from Journalism.co.uk on the eve of the competition, FIFA intends to retain, and perhaps intensify, the watchdog status that guided its approach to the 2014 World Cup. That year saw the body instruct Twitter to have more than 100 users cease to post images with the Brazil-situated gathering’s emblem. Relying on its intellectual property rights, FIFA can exact thorough protection of such trademarks as WORLD CUP 2018 and RUSSIA 18, with the latter appearing in the logo affiliated with a tournament that billions of viewers will watch. Those two examples mean that while admirers of what Brazilian legend Pele dubbed “the beautiful game” can make a spectacle of themselves by cheering for their respective clubs, they cannot be as symbolically flashy when handling their social media accounts.

The 2018 FIFA #WorldCup is currently averaging five goals per game!

We do not need to reach far back in time to find another example of such intense monitoring of trademarks, as February’s XXIII Olympic Winter Games found the powers that be saving not only their skins but those of sponsors with respect to promotional marketing content. In that instance, the International Olympic Committee suppressed the use of words, terms and the competition’s rings symbol, deeming use of them to advertise, well, anything, a violation of its sponsors’ integrity. Fast forward only four months, and we again find a heavyweight athletic overseer helping those who provide ample funding by checking logo usage. This time around, social media has become a primary target, as the World Cup, owing to its global regard (the name REALLY gives that away), rates as a common contender for dedication posts on Facebook, Twitter, Instagram and others. While devotees of debutantes such as Iceland and Panama, fans of frequent participants like Argentina and defending champion Germany and backers of the other 28 squads might feel they are simply engaging in harmless rooting for their heroes by using this year’s logos and emblems, they are limiting the scope that those sought-after artistic representations convey, so says FIFA.

Sponsors indeed hold immense clout among any huge event’s organizers, so the governing association is, despite whatever backlash fans might unleash on it for the social media crackdown, helping ensure that future World Cups have adequate financial support. Though this year’s competition is only one day in, that sort of insurance will definitely matter greatly in 2026, when the field swells to 48 teams and the United States, Canada and Mexico form a triumvirate to host 80 matches.

As noted earlier, the Olympic Games function not just as a stage for people to observe amazing feats but also as a bulwark that does not want its partners’ substantial sponsorships ending up even remotely tarnished. FIFA feels the same way, so combining the two titans reinforces that suppliers and distributors, no matter how tempting it can be to dash off something that contains a logo, emblem or symbol—especially when that use surrounds a massive event—must see what authority they have to implement that desired piece of artwork. Yes, we want for people to bolster campaigns, strike up great partnerships and, in this case, convey pride in what they like, but we also respect how hard businesses, corporations, entities and governing bodies work to establish and implement their logos. It can be quite rewarding to be a maverick, but if this FIFA matter teaches us anything, it is that we should always trust the process involved in acquiring and protecting trademarks. In other words, following the pack, particularly when there is a potential punishment out there, can be the far more rewarding option.