Fire Breaks Out at Factory That Makes Samsung Batteries

The fire authority in Tianjin, China, said that lithium-ion batteries and some semi-manufactured battery products caused a fire in the Samsung SDI Co. factory that manufactures batteries for Samsung's Galaxy Note 7, the smartphone infamous for causing fires and property damage.

The South China Morning Post reported that 19 fire engines and more than 110 firefighters were on scene when the fire was reported this morning. 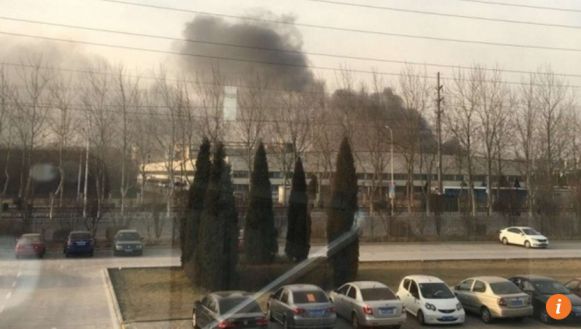 Shin Yong-doo, a spokesperson from Samsung SDI Co., said that the fire broke out at a waste depository facility, in contrast to the fire department's claims, and that the fire didn't affect production.

After Samsung announced in January that the ongoing battery woes could delay future product development, this is an unfortunate monkey wrench in the South Korean tech giant's already problematic plans.

What's more, Samsung addressed the fact that the batteries in the Galaxy Note 7 were the problem, yet only sources its batteries from two companies, one being Samsung SDI Co.

Samsung SDI Co. told the South China Morning Post earlier this month that it had invested around $130,000 in safety, and that its batteries would likely be used in Samsung's next smartphone model.

This isn't a great indicator of that.