Is Floating Drinkware the Next Big Thing? 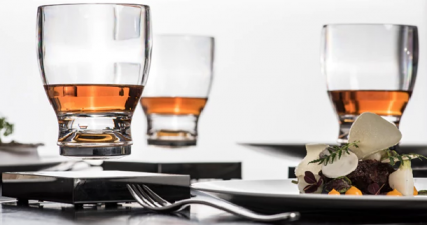 How does it work? The cup uses magnets and an electrical field to float atop a metallic base. A wired or chargeable wireless base charges the cup. Kickstarter backers were able to pre-order one cup and base for $179. The cup is expected to ship by October.

"It's really a novelty thing, but at the same time, it's something to create entertainment and spectacle around the cocktail," said Paglione, in an interview with Common Man Cocktails.

Check out the cup in action:

This is not Paglione's first venture into the drinkware world. He also founded Oak Bottle, a company that sells at-home alcohol aging kits.

While the levitating cup is certainly a cool concept, many Kickstarter commenters have highlighted a problem. If the power goes out in your home and the cup is using the plug-in, wired base, the cup will immediately fall. This could lead to injury, or, at the very least, the glass shattering.

So maybe don't add floating glassware to your drinkware collection just yet.