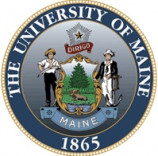 The University of Maine is one of the schools removing Badger Sportswear apparel from its stores. | Credit: Wikimedia Commons

After a report by the Associated Press linked shipments from a forced labor camp in China to a U.S. apparel supplier, some of the company's end-buyers, mostly schools and universities, have pulled its products out of stores while the investigation continues. The AP tracked shipments from what it believes to be a prison camp in the Xinjiang region of China, where an estimated 1 million detainees are held under the guise of "vocational training" by the Chinese government.

The supplier, Badger Sportswear, responded to the news by saying that the company did in fact source products from a company that used those factories, but that Badger officials had toured the facility to ensure it met compliance standards. The company also said that it would voluntarily halt sourcing from the factory and move production while it conducts an independent investigation.

In the meantime, though, its clients, like the University of Evansville in Evansville, Ind., and multiple schools in Maine are removing Badger Sportswear products from merchandise lines.

"The University of Evansville, along with many other colleges, universities and schools, contracts with a variety of vendors to supply merchandise to their bookstores," UE spokeswoman Amanda Campbell told the Courier & Press. "One of these vendors is Badger Sportswear. This morning, we learned this vendor may have sourced merchandise that was produced in internment camps under inhumane conditions. This is unacceptable. We immediately removed all merchandise in our bookstore that originated from Badger Sportswear while we investigate the source of the merchandise."

"We have suspended all sales of Badger products in our store and on our website," Doug Cook, a spokesman for Bowdoin College in Brunswick, Maine, told the Bangor Daily News. "About 1 percent of our total sales were Badger products."

That 1 percent figure comes up in a statement made by Badger Sportswear, as well. In a release on the company's website, Badger re-asserted its claim that its imported supply comes from facilities that adhere to its compliance standards.

"One percent or less of our products were sourced from Hetian Taida," the statement said. "We will not ship to customers any product in our possession from that facility."

The University of Maine also halted sales of products from Badger Sportswear while the company continued its investigation and pinpointed the exact origin of the supply.

"In light of recent allegations regarding Badger that have been reported in the media, and in keeping with UMaine's fair labor practices policies, [a hoodie, pants, a jacket and two T-shirts] were removed as bookstore sales items as of Dec. 18," Dick Young, associate executive director of auxiliary services for the University of Maine, told the Bangor Daily News. "The University of Maine is an affiliate of the Fair Labor Association and requires all licensees to be FLA affiliates, and meet any and all obligations of maintaining this affiliation, including adherence to the FLA Code of Conduct."

With other high-profile institutions like Texas A&M and the University of Pennsylvania also on Badger's list of clientele, it's possible that more statements like this will surface as the company investigates its supply chain.