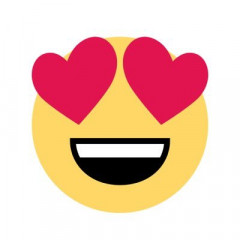 Fooji Incorporated has helped many entities fall in love with its Twitter-based means to promote various ideas and products. (Image via Twitter)

Many companies captivate consumers by regularly adding promotional components to their offerings, with McDonald’s Happy Meals and cereal manufacturers’ box inserts particularly resonating with yours truly. (Does anyone else miss being a kid?) Their continuity deserves commendation because they never waver in understanding that giving people goodies simultaneously provides them with their most basic necessity, financial sustainability. However, other entities can prove a tad spotty with respect to comprehending tie-ins, but they are no less welcome than other entities to align themselves with Fooji Incorporated, a nearly two-year-old technology company that uses social media campaigns to help businesses back up its claim that “the best way to generate strong engagement is to give your fans something special they didn’t expect.”

The Lexington-situated brainchild of Gregg Morton and Erik Zamudio aligns itself with companies’ brand marketing plans through Twitter, with the various powers that be enlisting the duo to promote hashtag and emoji pairings that call for followers to tweet the combinations. In doing so, many end up receiving prizes delivered within an hour.

“We look at what we do as generating media for clients without them having to buy it,” Morton explained, noting that their business partners, in tabbing him and Zamudio as allies, are putting out around a tenth of what they would need to pay for Twitter to spread the word about their respective amenities.

With a clients list that includes titans such as Adidas, Amazon, Disney, Fox, Google and Warner Bros., the entrepreneurs have encouraged more than 700,000 people to inspect the assorted campaigns, with 114,000 promotional items finding their way to the masses. The initiative, which Morton and Zamudio formalized in January 2016, eight months after a May day struggle to decide on what they would have for lunch (who said it never pays to be indecisive?), marks, if we look at the first businessman’s point about the costs of running campaigns, an incredibly economical means to draw attention to diverse products. And definitely reflects the significance of teaming with formidable partners to execute an idea, as Fooji has Eat Street, Grubhub, Lyft and Uber, among others, to send along the goods.

The originality behind the rewards, which have included champagne, flowers and toys (see, I’m not alone in missing childhood, although the gadgets probably go to actual children!) shows that companies cannot simply rely on presumptions when trying to attract end-users and connoisseurs. For example, the decision to give away cookies to fans eager for the season premiere of “Empire” made me smile. (Don’t mess with Taraji P. Henson!) I also like this promotion associated with Fox Searchlight Pictures' "Battle of the Sexes" film release.

“We look at ourselves as ‘super influencers,’” Morton said of his Bluegrass State entity’s identity. “It’s a big marketing channel, and it’s going to grow.”

I tend not to think of myself as a covetous consumer, but I have to say that come tomorrow, that will change, and I will have Fooji to blame/thank. Halloween and pizza count as two of my obsessions, and Amazon, through the next three Fridays, is having Fooji encourage folks to tweet #UnlimitedScreaming and a pumpkin emoji in honor of its streaming service’s horror films section. I am hoping for extra cheese and screams.

As for Fooji, which in August underwent an expansion, it is looking to mount its might through possible bonds with Procter & Gamble and Coca-Colaa, among others. With there never being a dull moment on Twitter, the next few months should be an interesting block of time for Fooji to erupt.

In-Person Events Are Back. Is Your Brand Ready?

Be the Hammer With OfficeMax Co-Founder Michael Feuer

Submit Your Nomination for Print+Promo Marketing's 2021 Women in Print and Promo Issue!
Comments
The Top Lists