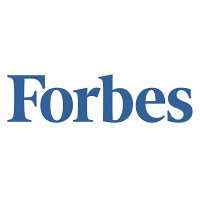 Forbes released a ranking of the 20 most valuable college apparel deals, and the results have a lot to say about the shape of the athletic apparel industry. In compiling the ranking, Forbes calculated average annual contract value by combining the average amount of cash paid to colleges and universities by apparel companies with the average wholesale value of products provided to programs.

Out of the top 20 (21 teams made the list, as two tied for the final spot), six colleges were from the Big Ten conference, with the SEC following closely with five schools represented. In addition, Big Ten schools boasted a higher total average annual value than any other conference represented. The remaining conferences included in the ranking were the Pac 12, Big 12, ACC and AAC. Notre Dame, ranked fifth, was the only independent school represented.

Out of all 21 teams that made the list, UCLA’s contract with Under Armour came in first place, with an average annual value of $12.76 million, $9 million of which is calculated to be from cash paid to UCLA by Under Armour. This contract, which runs from 2017-2032, is the highest college apparel deal in history. Louisville’s Adidas contract, which came in second place in Forbes’ ranking, is worth $10.96 million.

One discernible trend amongst the top 10 contracts listed is that these highest deals all pay more cash on average annually to colleges, while the 11 colleges at the bottom receive more value through the average amount of wholesale-priced apparel they receive from companies on an annual basis.

It is important to note that only three companies are represented in the ranking: Under Armour, Nike and Adidas. Out of the three, Under Armour commands the highest total in annual value with $43.87 million from seven contracts. While Nike comes in second place with a total annual contract value of $39.36 million, this total comes from eight contracts. So, on average, Under Armour’s contracts are significantly more valuable than those of its competitors. However, it will be interesting to see how Under Armour’s recent apparel woes contribute to the future value of its college apparel contracts, since there is certainly room for Adidas and Nike to cut in on Under Armour’s supremacy.

As far as contract length is concerned, Nike holds the highest average of 12.5 years per contract. However, the contract lengths for Notre Dame (Under Armour) and Miami (Adidas) are not listed, as these private colleges are not required to report the details of their apparel contracts. Duly, the average annual values calculated by Forbes for these schools are estimates.

There are a few trends indicated by this ranking that could point to future possibilities for college apparel deals. The most significant of these is that as contracts get larger, as they most certainly will continue to do, they will likely trend in the direction of higher cash totals paid annually to universities. This is likely to happen for a few reasons, the first being that universities need cash much more than they do apparel, as successful college football programs often contribute to a significant amount of debt for universities.

The second reason that points to an increase in the cash value of contracts is that as more colleges, like UCLA, receive increasingly lucrative contracts from apparel companies, successful programs seeking new contracts will continue to build the leverage necessary to command more cash than apparel products. Throughout the ranking, average annual product allotment ranges from $3.76 million to $1.7 million, while average annual cash totals range from $9 million to $1.11 million. This shows that there is a lower cap on the amount of apparel a college can receive from a company, which makes sense, as roster sizes and university populations are much more stable year-to-year than the value of a college’s athletics program.

There may be one more reason to expect that these contract values continue to rise, and the source comes in the form of a glaringly obvious omission from the ranking: Alabama.

Alabama has the most successful college football program of the modern era, and yet they don’t even crack the top 20 in apparel contracts. This should change very soon, as Alabama’s long-time deal with Nike, signed originally in 2002 and renewed in 2010, comes to an end in 2018.

It is incredibly likely that Alabama will not only replace UCLA as the top college on Forbes’ ranking, but also drive Nike ahead of Under Armour (assuming the school remains with the same company). Whichever apparel company manages to sign Alabama will certainly be a lucky winner, and could even change the game for how college apparel contracts are made for years to come.