When will you learn, Forever 21? Seriously, we're starting to lose count of how many times you got yourself in plagiarism trouble. This time, the apparel retailer has irked none other than Kanye West and his droves of faithful fans.

Forever 21 came out with a line of merchandise that looks suspiciously like West's "Life of Pablo" merchandise, which, as we reported on before, was insanely popular (and also insanely expensive).

According to Teen Vogue, one Forever 21 shirt says "Private Concert" and "Saint Francis," instead of "Saint Pablo." It also used the same, gothic-looking font that West used for his own merchandise.

According to GQ, the company also took a crack at West's "Calabasas" sweat suits by making "Los Angeles" shirts that just barely look different at all. Check out the side-by-side comparison below. 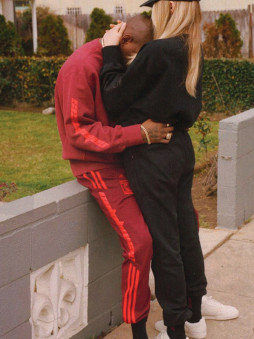 This is the adidas x Calabasas apparel. (Image via GQ) 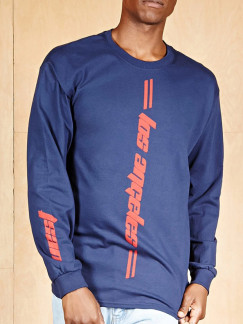 It makes sense why retailers like Forever 21 would hop on what's obviously a lucrative trend. After all, West set the record at Madison Square Garden for merchandise sales in one night, hitting $780,000. But, when your form of inspiration comes off as a cheap knockoff, you're doing it wrong.