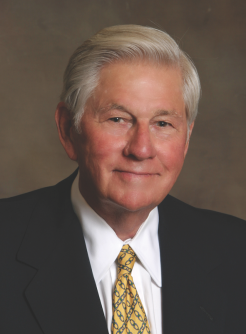 The Vernon Company, Newton, Iowa, shared that its former chairman and CEO William F. “Bill” Vernon passed away peacefully on Dec. 3 at the age of 89.

After serving in the U.S. Army, Vernon began his career at The Vernon Company in 1956. For the next 64 years, Vernon was highly engaged in building the multi-generation family promotions and graphics business across North America. His involvement in the promotional products industry was extensive, and in 1986 he was inducted into the Specialty Advertising Association International Hall of Fame. In 1987 he was recognized by Counselor Magazine as its Person of the Year. Industry recognition continued, as the Vernon Company was awarded the 2002 Family Business Award by Counselor Magazine, and in 2013 Vernon received the Marvin Spike Lifetime Achievement Award from ASI.

Beyond his industry activities, Vernon was involved in numerous professional, civic and government organizations throughout his lifetime. He served as a Civilian Aide to Secretary of the Army for the State of Iowa. He was the Founding Chair of the Des Moines Civic Center, and was the co-founder and past chair of Progress Industries in Newton, Iowa.

Vernon also was the past chair of the Iowa Young Presidents’ Organization, and served as an international director of YPO. He was awarded the Department of U.S. Army’s “Outstanding Civilian Service Medal” and the Chairman Emeritus Founders Award from Iowa’s Gov. Terry Branstad for planning and executing the first Iowa Games.

In 2002, Vernon was especially proud to have Vernon Company recognized under the Century Businesses of Iowa Program. In 2011, he was inducted into the Hall of Fame at Lake Forest Academy in Lake Forest, Ill., where he served as a Lifetime Trustee; and in 2012 he was inducted into the Iowa Volunteer Hall of Fame by Gov. Branstad and Lt. Gov. Kim Reynolds.

Throughout his life, Vernon was an extremely competitive athlete, and excelled at golf and tennis. He loved the game of golf, and won many tournaments with his short game and keen putter skills. He also deftly won a few friendly bets with close misses with his putter. He was proud to maintain a single-digit golf handicap for decades, and scored several holes-in-one during his lifetime.

Vernon is survived by his wife, Marilyn; their four children, Rick, Chris, Cameron and Stephanie; and six grandchildren. One of his greatest legacies was having all of his children serve in the family’s fourth-generation business. Chris Vernon serves as the company’s CEO and Stephanie Vernon-Critchfield is both a vice president and the national sales manager, while Rick and Cameron are both company vice presidents and senior account managers.

A private family graveside service will occur this week in Newton, and a celebration of life will also be held next summer in Iowa. Memorials may be made to the Progress Industry Foundation or to the Promotional Products Education Foundation.

For more information on The Vernon Company, visit www.vernoncompany.com.

3 Steps to Improve Focus and Results