Formula One made headlines last year when it redesigned its iconic logo. Fans hated the company's new look, and it taught us a few lessons when it comes to altering logos. Nonetheless, Formula One decided to double down and stand its ground on the decision, instead announcing the logo was here to stay. Now, it looks like Formula One might have another hurdle coming its way: trademark issues.

According to Forbes, Formula One's plan to launch merchandise with the new logo might be put on hold, due to its similarity to a pan-European trademark registered to Scotch tape and Post-It Note maker 3M. A photo began to circulate depicting a pair of women's stockings on display at a CVS in Vermont. Futuro, a brand owned by 3M, makes the stockings, and the logo looks strikingly similar to Formula One's new look. 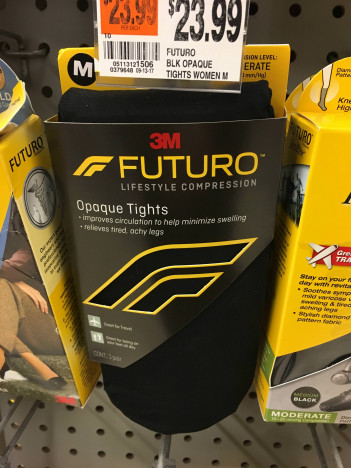 Forbes attempted to get in contact with 3M about the two logos, and eventually 3M confirmed that it owns the pan-European registered trademark of the "F" logo. As for next steps, 3M is taking action.

“3M filed a US trademark application for the Futuro logo on Feb. 20, 2017,” said the spokesperson. “Also, we have not had any discussions about the logo with the other party. We are looking into this matter further.”

In addition, 3M also has trademark applications for the logo in at least 10 countries outside Europe, so F1 will have to deal with this problem internationally.

So how bad is this for Formula One? It's too early to say, but it has the potential to pose a serious problem. According to copyright law, if an application is made for a logo that is already registered, it cannot be used to sell similar products. In this case, 3M is selling compression tights, which fit into the apparel category, and apparel is exactly what F1 hopes to sell.

The company had planned to roll out new merchandise with the logo at the season-opener in Australia in March, but we'll see what happens next. For now, it looks like Formula One's new logo is off to a very rocky start.