Formula One Doubles Down on New Logo Despite Backlash

Formula One has faced intense criticism lately regarding its decision to introduce a new logo for the brand. Almost immediately,

fans and drivers alike were releasing statements in support of the old logo. Needless to say, things did not look good for the brand.

In light of this controversy, it seems that Formula One is choosing to stand its ground in expectation that the new logo is the best way forward for the brand. Rather than acquiesce, Formula One has announced that the logo is only the first step in a greater rebranding process. 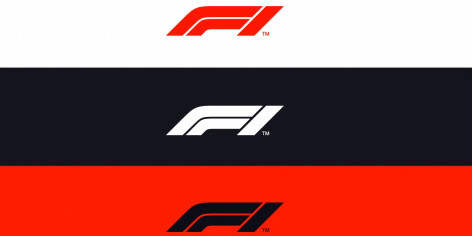 After the public backlash, F1’s commercial chief revealed that the brand’s bosses expected there to be resistance to the logo change. Despite this, they remained convinced that a rebranding was in order.

While it’s understandable that fans and drivers feel a connection to the old logo, it’s important to note that the logo, designed in 1994, posed practical issues—its intricate details and hidden symbols made it difficult to embroider. Beyond practicality, it is also understandable that Formula One would want to rebrand itself, especially after over two decades of using the same logo. In order for a brand to grow, especially a brand as internationally popular and successful as Formula One, cosmetic changes are often necessary in order to reach new audiences and ensure that the brand doesn’t stagnate.

From a design standpoint, a lot of the criticism surrounding the new logo seems unfounded, with some decrying its utter simplicity in depicting F1 in flat, slanted lettering. Close attention to the logo, however, reveals a race track approaching a finish line. All biases aside, it is clear that this logo was cleverly designed with attention paid to semiotic elements, allowing it to depict the brand’s abbreviated name while also suggesting its product: racing.

While the logo is far from perfect in the way it ignores some key design rules, it’s perhaps unfair to totally condemn the new design. Formula One made a gamble when it revealed this revamped logo, knowing full well the risks it posed. Time will tell whether its bet pays off.

Related story: Everyone Hates Formula 1 Racing's New Logo (But Here's What We Can Learn From It)

A Lesson in Logo Design From Google's Imperfect 'G'