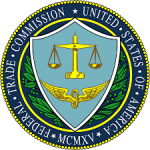 Liberty Supply Co. allegedly quoted potential customers per-unit prices, even though the company only sold multi-unit quantities, which caused consumers to believe the quoted price applied to a package of items instead of single products. The company also used vague and confusing language during calls; and did not disclose the final prices of transactions, quantity or shipping costs, even when asked.

If a customer fully paid the invoice, it received a "thank you" call from Omni Services, which offered a free gift. When the gift arrived, it came with more unordered merchandise and a new invoice.

Liberty Supply Co. is charged with violating the FTC Act, the Telemarketing Sales Rule and the Unordered Merchandise Statute. The FTC also named Nor-Jay Enterprises Inc. as a relief defendant that profited from the scheme.